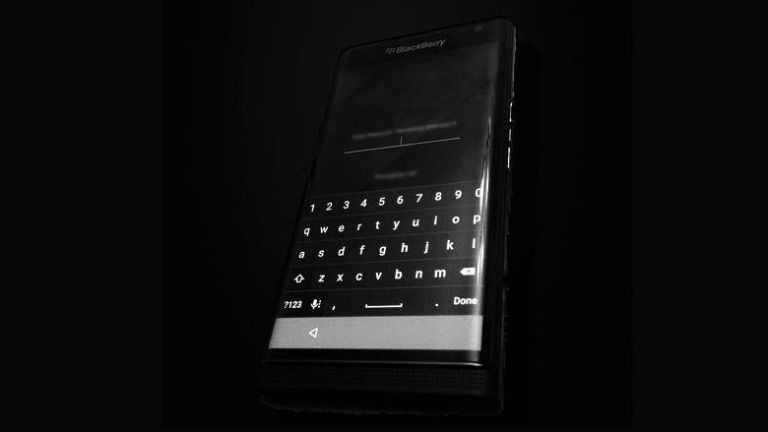 BlackBerry's latest attempt to remain relevant in the smartphone world is a new Android-powered handset codenamed “Venice” – and a claimed image of the upcoming device has potentially given us a good glimpse into the brand's new direction.

If the image is accurate than it looks like BlackBerry is thankfully dropping its functional – yet pretty boring – design for something a lot more desirable.

While the famous keyboard is still present and correct, it looks like it will no longer have physical buttons, but will instead make use of the touchscreen display.

Speaking of displays, according to the image the BlackBerry Venice could also boast a slightly curved display that drapes over the edges of the body. Has BlackBerry been taking some design cues from the Samsung Galaxy S6 Edge?

This fancy new look should help BlackBerry shed its stuffy business-orientated reputation, despite still positioning itself squarely as a maker of phones for the executive types.

It also looks like BlackBerry will be dropping its own software, which suffered from a lack of apps, and is instead embracing the much more popular Android operating system, which means if you're looking to pick up a new BlackBerry you won't have to say goodbye to your favourite apps and games.

The image, which was shared on the CrackBerry website forums, also shows a front-facing camera, LED notification light and front-facing speakers.

We don't know much more about the device, but it will apparently be released in the US, so let's hope we get to see the stylish new BlackBerry on this side of the pond as well.