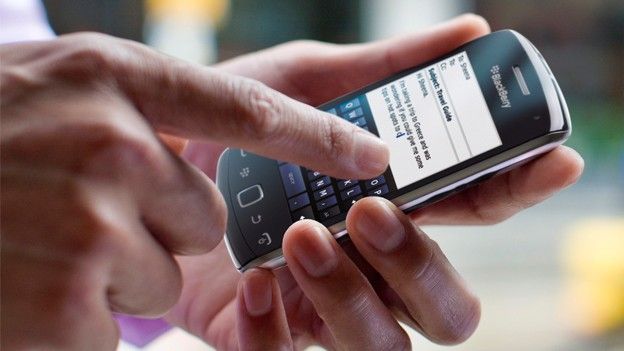 BlackBerry are coming back strong, after the server blackouts and the delays with the PlayBook they're looking to claw back with two new phones

BlackBerry have unveiled two brand-new phones the BlackBerry Bold 9790 and the all-touchscreen BlackBerry Curve 9380 both entering in as premium but ultra-slim smartphones.

Coming in as a replacement for the BlackBerry Bold 9780 the 9790 offers up a much slimmer form-factor but mirrors the ethos of the new BlackBerry Bold 9900 with a 2.44 inch touchscreen display and full QWERTY physical keyboard. Boasting a 1GHz processor along with NFC tech built-in this BlackBerry OS 7 phone comes with 8GB of onboard memory and a micro-SD card slot which lets you expand up to 32GB.

The Curve however is an all-touchscreen affair and offers up a 3.2 inch display with a resolution of 480x360. Inside you'll find the same 1GHz processor as well as BlackBerry OS 7, you'll also find NFC on-board. Apart from a confirmed 5MP snapper on the back there's no other specs on the 9380 but expect them to mirror that of the latest Torch with a few downgrades where appropriate.

Alongside the two phone launches comes the announcement that BlackBerry has officially launched its BBM Music service in the UK. Offering a social alternative to discovering music users are able to send songs to friends via BBM with the focus centering around encouraging users to interact more through BBM and use it as their main messaging hub.

Will you be getting a BlackBerry Curve 9380 or a BlackBerry Bold 9790 when they come out? Let us know via the comments box below...