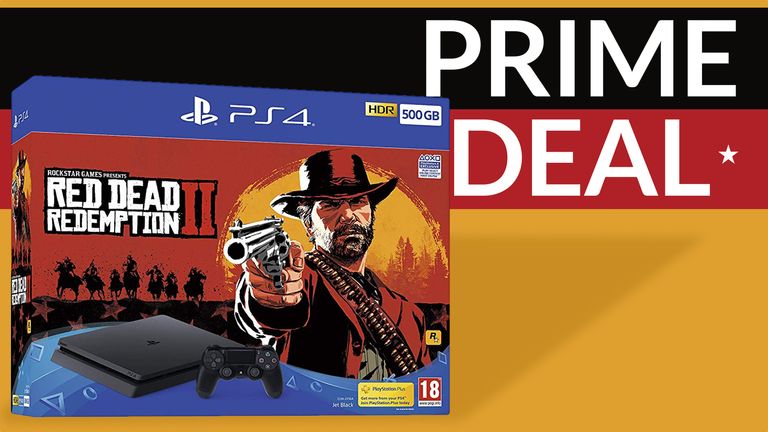 Amazon Prime Day 2019 is not pulling its punches. The blockbuster two-day sales event has kicked into gear with some brilliant discounts across a wide range of gadgets, including the Apple iPhone X, and OnePlus 6.

And there are some serious gaming deals, too. Amazon has dropped the price of this Sony PS4 and Red Dead Redemption 2 bundle. The latter was one of the most anticipated video games last year, selling more than 23 million copies in its first three months on shelves worldwide. If you haven't had the chance to play the Wild West title because you don't own a Sony PS4, it's a brilliant time to buy a console bundle.

Amazon has dropped the price of the Sony PS4 with 500GB of built-in storage and a copy of Red Dead Redemption 2 to £219 – matching its Black Friday deal, which is still the lowest price this console bundle has ever been. That should give you an idea of just how brilliant this discount really is – and how rarely it comes about.

Sony PS4 500GB + Red Dead Redemption 2 Bundle | £219
Amazon has slashed £30 off the price of this bundle, which means you're essentially getting one of the most popular video games in recent memory for free. That's a pretty great deal. The Prime Day deal finally matches the discount we saw during Black Friday, something the online retailer hasn't got anywhere close to in the intervening months. If you're thinking about getting a new console and this game is top of your Most Wanted – don't delay!View Deal

If you've been living under a rock for the last few years, Prime Day is a bombastic annual sales event that sees thousands of products discounted across the Amazon online store, including electronics, outdoor goods, home and kitchen, watches, video games, consoles, beauty, and more.

Amazon Prime Day is bigger than ever, with the blockbuster sales event now taking place over 48 hours across the online store.

Thankfully, Amazon has slashed the price of its Prime membership by £20, bringing down the annual cost from £79 down to £59.

That means Amazon Prime will cost you less than £5 a month, which is pretty stunning value given what is included in the scheme and you'll get access to every deal and discount available on Prime day.