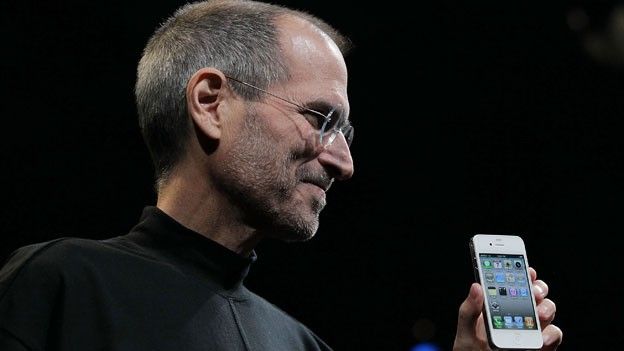 New Apple software is all well and good, but when is the iPhone 5 out?

For the first time in its history, Apple hasn't released a new version of the iPhone at its annual World Wide Developers Conference, breaking a mould that's been set since 2008.

With the iPhone 4 still managing to hold its own in the specs department, it's fair to say that at present the biggest requirement for an uprgade would be in souping up the processor. The retina-display is still a class-leading product with a pixel-density that, as yet, hasn't been bettered.

Of course with the three huge announcements at WWDC it's just as plausable that Apple felt there was simply too much to cram into a press breifing. iOS 5 completely changes the architecture that traditional iPhones follow, almost wiping out the need for many thrid-party applications through iMessenger, Twitter-integration and the camera enhancements.

Then there's iCloud, the product which Apple believes will revolutionise the way we use portable devices. By transferring everything to the cloud, it increases the functionality of both the iPhone and the iPad, making them more business-friendly than ever.

Speaking about the iPhone 5, Daniel Ashdown of tech analysis company Juniper Research predicts that Apple will up the screen size to 4.3-inches to keep the iPhone in line with the competition.

"There have been rumours about an iPhone Nano similar to the iPod, but we think this is way off the mark, putting it in the context of the market. It will be particularly interesting to see what the size of the display will be, given that it has not changed thus far since the iPhone was launched, while competitors have increased their devices to up to 4.3 inches. We would be surprised if they didn't break from tradition this time and increase the size of the next model."

Here'es what the rest of the online rumour mill has got to say:

Roberto Baldwin: Mac Life
"iOS 5 is slated to be released in the Fall, iPhone 5 is rumored to appear in the Fall. Coincidence? Yeah, probably not. It makes sense to move the iPhone 5 and iOS 5 release to the Fall. WWDC should be about software and Apple returned to focusing on what the conference is all about. I'm curious if releasing iPhone 5 and next generation iPod touch will result in cannibalization."

Peter Misek: Jefferies & Co Tech Analysts
"According to our industry checks, the device should be called iPhone 4S and include minor cosmetic changes, better cameras, A5 dual-core processor, and HSPA+ support."

Mark Gurman: 9 to 5 Mac
"We have already discovered, in the iOS 4 SDK, that Apple is bringing the A5 chip to the next iPhone, These developers, seemingly from high-level gaming outfits, have been given what is essentially an iPhone 4 but with an A5 processor instead of an A4."

Kate Soloman: Tech Radar
"The fact that Apple didn't announce an iPhone 5 or iPhone 4S today makes a September release date seem ever-more likely. iOS 5, which was revealed today, was also given the vague release date of 'this fall' (Autumn) – we've put two and two together and come out with September; so will iOS 5 launch with the iPhone 5?