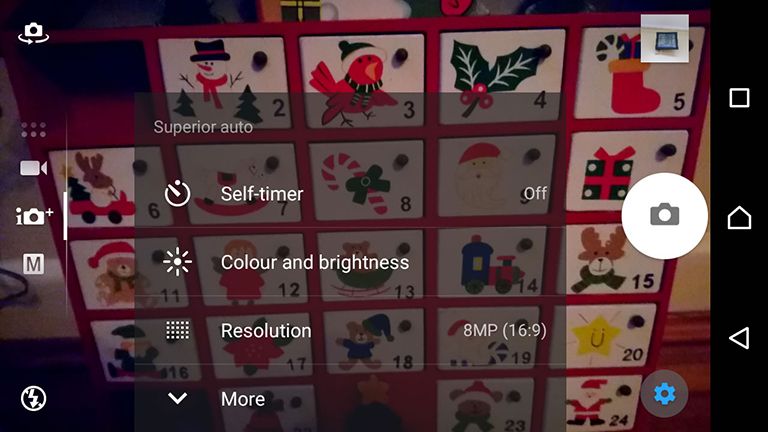 It’s never been easier to reach for your smartphone to take a photo or capture a video, which makes a mobile perfect for special occasions while also rendering the point-and-shoot camera pretty much redundant. And, while an enthusiast might prefer the power-packed credentials of a DSLR camera, the smartphone is perfect for quick and easy shots on the go. However, taking a decent picture or shooting video on a smartphone means that you not only need to call on some traditional photography basics, but also draw on some new techniques that have been inspired by the pint-sized tech crammed inside handsets.

A crisp and clear screen is going to get you off to a great start – the resolution on many new smartphone screens offers a huge helping hand to anyone struggling with perfect shots taken on a mobile phone. Now though you can get lots of add-on hardware accessories, such as a dazzling array of stands and tripods that will let you keep your camera steady when taking stills or shooting video. The Kenu Stance is a compact solution for the iPhone, but the universal Joby GripTight XL works with all sorts of phones. 360-degree video and time lapse aficionados should also check out the Muvi X-Lapse.

Homing in on your subject matter using a smartphone used to be hopeless, but now there’s an answer with a raft of add-on third-party lenses available for the iPhone. The Olloclip is probably the best current example, which is a clip-on lens that delivers wide-angle, macro, fisheye and even telephoto functionality. There are variations on the theme, but the range of Olloclip models are all under £100 while the new Olloclip Studio offers a protective case with mounting points for fixing it to a tripod and attaching a light and mic too. Great for filming stuff.

If you’ve got the capability in your phone settings then selecting Raw as the mode for snapshots means that you’ll get beefy files with no compression going on. For the most part, smartphone images are created and saved as JPEG files and again, depending on settings, this file format squeezes out quality. Your pictures are smaller using JPEG, which makes them ideal for web use, but if you’re looking to print something or need an image where every detail counts then Raw is perfect. Just make sure you have adequate storage for the larger files or invest in a chunky microSD card if possible.

Choosing to go down the manual route is easier than you think. It might take a second or two in order to adjust manual settings, but practice makes perfect and the more you do it the easier it gets. Most smartphones some with an array of manual controls, some of which are less useful but there are a few, such as shutter speed, white balance and ISO that will allow you to milk every last drop of goodness from picture opportunities, especially from models with bigger sensors. It’s also worth getting to grips with any or all of your flash options before party-time or a family get together as these can often be the kiss of death for securing a successful shot of your nearest and dearest.

One of the biggest issues with taking pictures and video on a smartphone is keeping it steady so your shot or footage isn’t ruined by blurring, noise and general fuzziness. So, alongside a tripod, if your phone has it then be sure to employ OIS for an additional helping hand, especially at parties when there are lots of people jostling around. Another practical method for stabilising a smartphone is to buy yourself a gimbal, which is a self-levelling handle and holder device that allows you to get super-smooth snaps and, in particular, seamless video.

The multitude of apps that are readily available can help transform your shooting too and many of them add another dimension to something like the rather pedestrian tool set found on the iPhone. For just over a couple of quid, Camera+ is an app that comes packed with extra controls and works seamlessly with both lenses on something like the iPhone 7 Plus. There are filters and effects too, but this is just one of many more out there in app land. Meanwhile, at just over a fiver, Filmic Pro delivers a camcorder-like feature set for keen iPhone video enthusiasts.

Oh, and it’s an obvious point to round out with, but be sure to give your lens a wipe off to remove any greasy finger prints, crumbs, fluff or other detritus that might obscure an otherwise picture-perfect moment. Keep some lens wipes or just a lint-free cloth to hand so you can give your lens a quick once-over before taking that shot and you’ll be good to go.