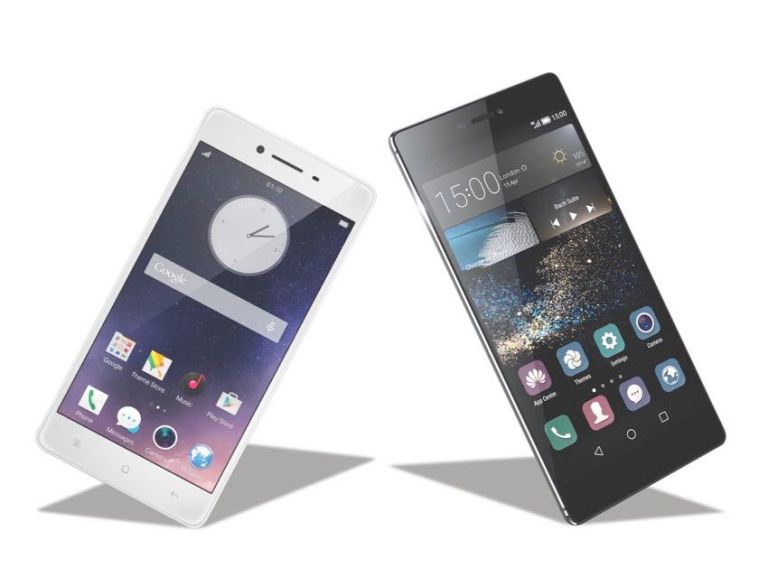 The Chinese Year of the Monkey starts today. People born this year will therefore be lively, quick-witted, curious, innovative and mischievous prank-aholics. In 15 years time they'll be liveblogging pranks like it's going out of fashion. Such times!

It's also considered an unlucky year, but we think anyone who reads the news will be aware that luck is not on the world's side right now anyway. Here's eight nuggets of Chinese tech to help you enjoy the festivities more.

Huawei spent years making what the unkind might call cheap crap, then branched into very reasonably priced 'homages', shall we say, to flagship phones from US and Korean brands.

But more than any other Chinese brand, it's now starting to turn out tech products that rival or better its Western and Far Eastern rivals, with the excessively obviously-named Watch being a prime example.

Well made, with a higher-res screen than TAG Heuer's ultra-spendy Connect, this is an exemplary Android Wearable. It's now made a similarly desirable variant for women, too.

Lenovo now owns Motorola - take that, Yankee running dogs! - this literally flexible laptop-cum-tablet is another highly polished product. Able to bend into five different positions, including 'tent' for video watching, it's a versatile thing, powered by an Intel M processor.

While Apple umms and ahs over whether to introduce a dual camera in its next iPhone, ZTE has gone right ahead and added just such an arrangement to the Axon Elite. It's also got an octacore processor, 32GB of storage plus a microSD slot AND the option to unlock it using your eyes.

Admittedly, this handset from ZTE - 'the world's fourth largest mobiles company!' as its website proudly trumpets - is not the sexiest beast ever to lollop off of a production line, but it does serve up a lot of tech for around £300.

The fitness tracker of the people, the Mi Band ensures that tracking of steps, sleep and - on the new model - heartrate during exercise are no longer the preserve of the counter-revolutionary lickspittle. You can pick up the basic band for under a tenner and the HR one for under £15.

Admittedly, this is not the most beautiful wearable ever made, but in terms of bang for your buck, like much Chinese tech, the Mi Band delivers. Why pay more? it's not as if a lot of fitness trackers costing hundreds exactly look gorgeous, is it?

We recently judged this (the white one on the left) to be an even better budget flagship smartphone than the Huawei P8 (the black one on the right), and there's really no reason not to be reeled in by its winsome yet low-cost charms.

With a five-inch 1080p display, octacore chip with 3GB of RAM, a 13-meg rear camera and an eight-meg front camera, there's enough to satisfy most phone fans, especially given the sub-£250 price.

Gosh, it turns out it is actually still quite hard to come up with eight Chinese tech companies who make things you'd actually want to buy. Which is weird, considering that, from iPhones to high-end hi-fi, it's practically all manufactured there. Still, there's always Baidu, which used to be known as "China's answer to Google" but might, in the near future be just called "Baidu", while Google comes to be known as "the American Baidu". It does carry out a lot of censorship on behalf of the Chinese government, but there we go.

OnePlus used to operate a ker-razy scheme whereby you could only buy its devices with an invite. But no longer, so we can recommend the OnePlus 2, despite a few 'quirks' (or 'bugs' if you want to be pedantic about it).

It's another octacore "budget flagship", like the Oppo and ZTE, but unlike them it adds 4GB of RAM rather than 3GB, and a fingerprint scanner. And a metal body. For less than £250 for the 64GB model, that's quite the bargain.

It's not exactly tech, but Tsingtao (pronounced 'ching dow') is our favourite Chinese lager. Plus they sent us a free crate of it.

This sweet, sweet, 4.7% ABV Oriental restaurant staple now comes in a special Year of the Monkey 330ml four-pack, yours for £4.50 at Tesco. Gong Xi Fa Cai!