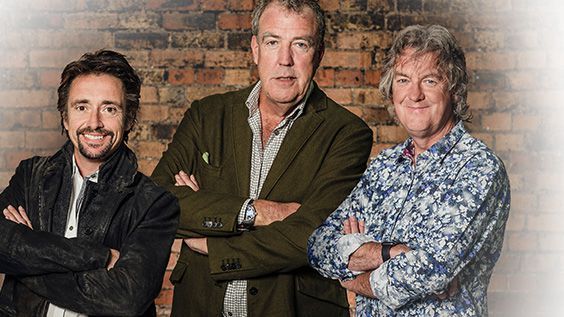 Amazon Prime announced in July that it signed up the Top Gear trio to make a brand new show in a deal which the company's CEO Jeff Bezos described as"very, very, very expensive". It was later revealed to have a £160 million budget to make just 36 hour-long episodes, which works out £4.4 million per show.

At the time, it was reported that Amazon had beaten rivals including Netflix and ITV to sign the presenters, however Netflix has now claimed the reason it backed out was because the trio did not represent good value for money.

"We have past episodes ofTop Gear, so we have a pretty good gauge of what audiences like," Netflix's Chief Product Officer Neil Hunt told Digital Spy.

"Our buying decisions tend to be somewhat data-driven. We have a lot of data to get the deals we want, so there we go.

"Clearly it wasn't worth the money to make the deal... I think they sold themselves for way more money [than they're worth].”

Funnily enough, Hunt clearly realised the ramifications of his interview, as he later added in a separate statement: "There is an audience for everything and it is not up to us to judge if Amazon has paid too much or not."

The trio's new motoring show will kick off production this autumn with the first episodes reaching screens in early 2016.