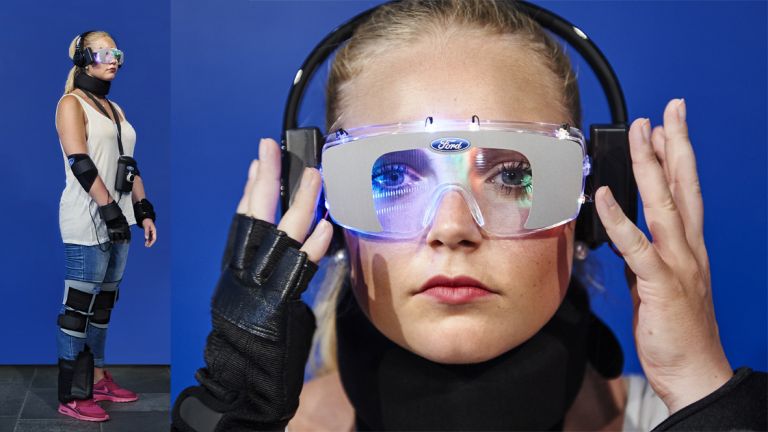 While we all know drink driving is bad, many drivers still think nothing of downing crystal meth with a heroin chaser before getting behind the wheel. Unfortunately, that's not a joke: according to Ford, recent studies show that1 in 10 people have accepted a lift from people they believe have taken illegal drugs, whilean average of 400 people are arrested every month on drug driving charges.

With drivers up to 30 times more likely to be involved in a fatal crash after taking illegal substances, Ford says theymay be a factor in as many as 200 UK deaths every year.

So while you and I know perfectly well that getting out of your head and then driving is an incredibly stupid idea, there is a need to educate some road users. EnterFord's new Drug Driving Suit.

Part ofFord's award-winning Driving Skills for Life programme for young drivers, it usespadding, ankle weights, goggles, headphones and tremor-inducing motors on the wrist to simulate the effects of narcotics. The result isreduced mobility, vision and coordination that leaves even professional drivers unable to navigate a few road cones.

Check out this video. Our favourite bit is the pro driver's hilarious assertion that 'a normal driver' would find it impossible to drive in the suit, when he's just totally failed to do so himself. Talk about trying to style it out.

“We know that some drugs can cause trembling hands, so we incorporated into the suit a device that creates just such a tremor,” sais Gundolf Meyer-Hentschel, CEO of suit makers, the Meyer-Hentschel Institute.

“Drug users sometimes see flashing lights in their peripheral field, an effect recreated by our goggles, while imaginary sounds are generated by the headphones. Additionally, the goggles distort perception, and produce colourful visual sensations – a side effect of LSD use.”

The suit follows in the uncertain footsteps of the Drink Driving Suit, which came to Ford'sDriving Skills for Lifeprogramme last year. The programme has also featured training aimed at warning youngsters not to take selfies whilst driving, and probably not to attempt to operate a flame thrower while doing a three-point turn, or parallel park whilst juggling chainsaws.

Young drivers will have the opportunity to wear the suit and receive driving tuition on a closed course.