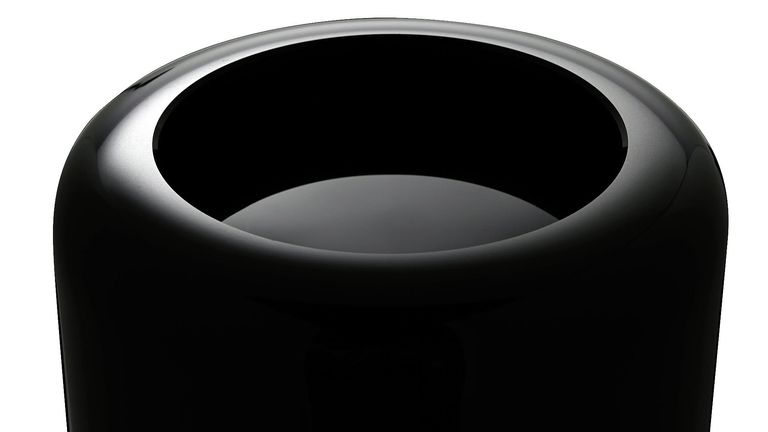 If you're after a great deal on the awesome and supremely powerful Mac Pro, then you've come to the right place.

That's because we've plugged in our deals engine and tasked it to find the best Mac Pro deals on the market today.

What we thought about the Mac Pro on release

The unit feels premium, its aluminium shell reassuringly pristine, yet is a product built to be divisive. Early images on our social networks led to a variety of comparisons, from biscuit jars to coffee machines, but we'd argue it's Apple's most iconic design in years, part Harmon Kardon Soundsticks, part Death Star.

This isn't style for the sake of it, though. The cylindrical design aids heat dispersal, creating a central triangular vent that the circular base fan uses as high-tech chimney, pushing thermals out of the top and keeping the precious innards cool. The 16.7cm diameter and 25cm height also means its imprint is small, a compact desktop built to do exactly that: sit on top of your desk, rather than be tucked away out of sight.

Our test machine proved to be nearer the top end of the spectrum, with the 3GHz eight-core CPU, AMD FirePro D700, 64GB RAM and 1TB hard drive giving it a total worth of £6,579 (late 2013 price). At that level, we're not surprised to report that it's a bit of a processing beast. It ranked in the top percentile in a wide variety of professional benchmarks tests, proving itself over five times more powerful than the T3 office's MacBook Pro Retina.

While the Mac Pro will attract mainstream interest among the not-unwealthy, it remains a machine for, well, pros. If your daily computing wants are more 4OD than 4K video editing, sit on your hands and count to ten – your pounds can be better spent elsewhere. But if your needs are as mighty as your spending power, you'd have to try hard to be disappointed.