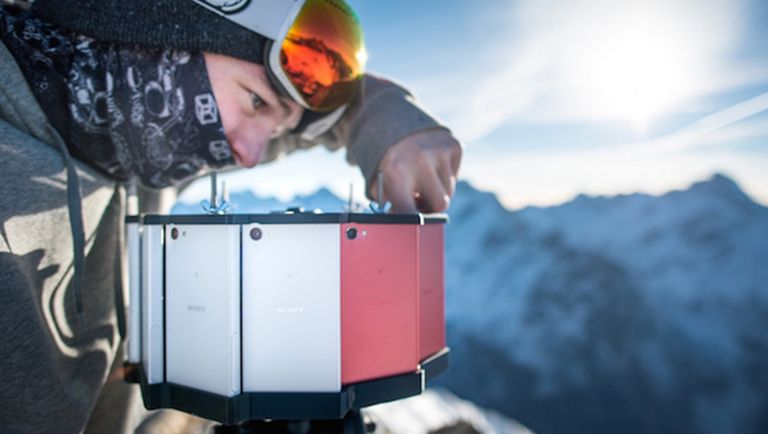 Ever wanted to watch a video in 48K? No, you haven't woken up in a parallel universe, but one where 12 Sony Xperia Z5 Compact smartphones have been fitted together in a ring and affixed to a tripod. The unusual contraption has enabled to shoot one world's first 360 degree video running, collectively mind you, in '48K' resolution.

The video capturing contraption was taken onto the powdery slopes of the Rise Ski And Snowboard Festival on the Les Deux Alpes by a group of Instragram happy snowboarders. Along with that one supershot mentioned earlier, said 'boarders were also tasked with pushing their own Xperia Z5s to the max, and some of the photos captured prove Sony's little device certainly has a camera that can shoot decent action shots without losing the intense moments to blur.

The video itself, which you can find here, is totally interactive, meaning its perfect for slipping into a Google Cardboard holder and experiencing as a proper immersive experience. For those with a taste for Go Pro-esque videos with plenty of white backgrounds, this one is for you.

Why not check out: Best cycling clothing and bike wear for easy riding