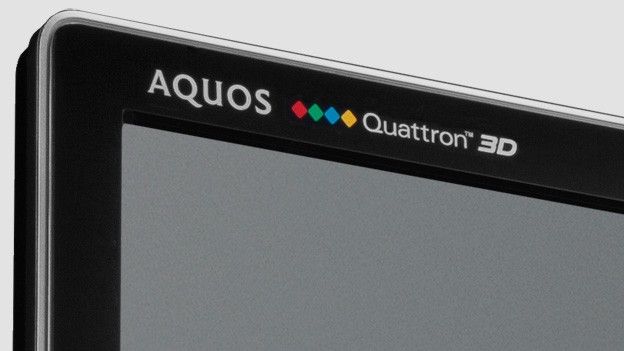 Having outed an 80-inch touchscreen TV during the opening stages of its CES 2012 press conference Japanese tech manufacturer Sharp has revealed it is to launch an 80-inch 3D LCD television later this year.

Following the arrival of the company's first 80-inch behemoth late last year Sharp has confirmed that 2012 will see the launch of its first 80-inch 3D TV with the oversized television to join the company's four colour AQUOS Quattron brand and boast twice the screen real-estate of a 55-inch offering.

Pairing with 3D specs allowing users to enjoy the extra-dimensional viewing experience the 80-inch 3D TV will feature the screen space equivalent of 266 smartphones and will feature inbuilt Wi-Fi connectivity.

With Sharp yet to officially out the price of its newly unveiled 3D capable 80-inch monster the world's leading supplier of TVs 60-inches and over has confirmed a Sharp AQUOS 80-inch 3D TV release date will take place in April of this year.

Does size really matter this much, is 80-inches a step too far? Let us know what you think via the comments box below.