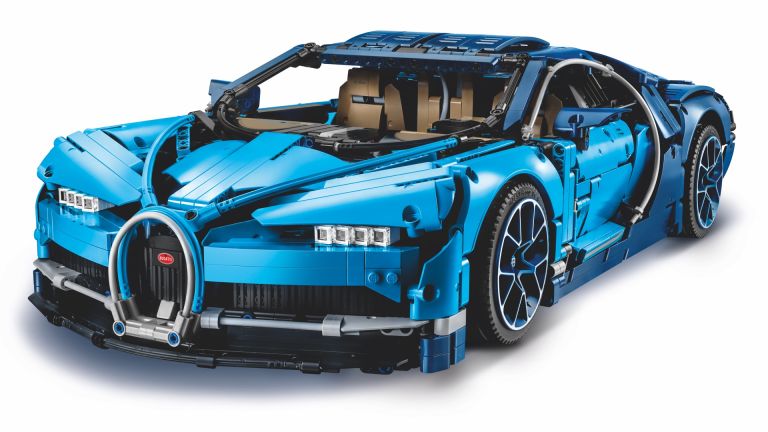 Now this is an offer that might tempt you to not wait for this year's Black Friday deals: Lego's stunning Technic Bugatti Chiron is now just £216, instead of its standard £329 price.

This thing is 3,599 pieces of plastic wizardry – we've built it, and it's just a brilliant set. Its eight-speed gearbox was the most complex that Lego had ever built, and the way you build the model mimics how the actual car is built – you'll put together the front half and back half separately before fixing them together and adding the body.

The final result has a detailed interior with working gear-shift paddles and steering, plus an accurate engine with moving pistons in the rear. There's even a little luggage area under the bonnet, complete with Bugatti suitcase, because why not. And yes, the iconic rear spoiler raises and lowers.

Lego Technic Bugatti Chiron | Save 35%! | Now just £216
This 3,599-piece model is around 24 inches long once built, and will make everyone who sees it drool with jealousy. Everything from the exact colour of the blue outside to the clear red rear lights to the shade of the leather interior was meticulously examined by both companies. It's a great winter project to build.View Deal

If you're not already convinced, here's another couple of images to tempt you…