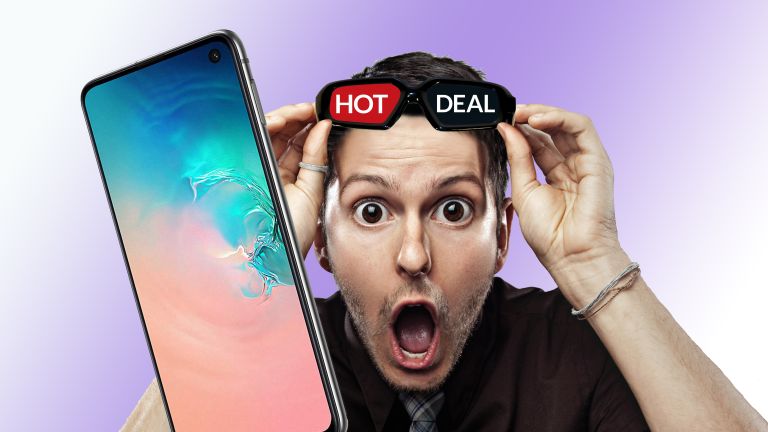 This is among the absolute best phone deals we've seen all year and, if you've been looking enviously at the brand new, smoking-hot Samsung Galaxy S10e smartphone, then both your birthday and Christmas presents just came early.

That's because Amazon has well and truly slashed the price of the Samsung Galaxy S10e for this deal, which allows you to pick up the 5-star rated Android handset with a simply huge £94 carved off the cost. It's as if Amazon Prime Day had arrived already!

That's one of this year's latest and greatest phones available mere weeks after it originally went on sale, at a price that makes it not just attractive but, for Android users looking for an upgrade, a borderline insta-buy.

The full details of the deal are below:

Samsung Galaxy S10e 128GB White | £575 at Amazon
Holy moly! This astonishing phone deal just speaks for itself. Amazon has the 5-star rated Samsung Galaxy S10e available for a jaw-droppingly low £575. That's a whole £94 less than its regular price, which translates as a straight 14% discount and, in our mind, one of the absolute best phone deals of 2019 to date. Amazon are also offering completely free delivery. Yeah, this absolutely killer in terms of value.View Deal

In T3 's Samsung Galaxy S10e review we called the handset "the complete package", praising its fantastic screen, super-fast performance, refined design, reverse wireless charging, and strong all-round camera system. Naturally for such an impressive phone, we soon bestowed a full 5 stars upon it and concluded that it was an absolute "top tier choice".

And that was reviewing the phone at the price it launched at, and still is at over at the official Samsung store, of £669. So at this price, our value-for-money-ometer has just exploded. Grab it now before stocks run out.