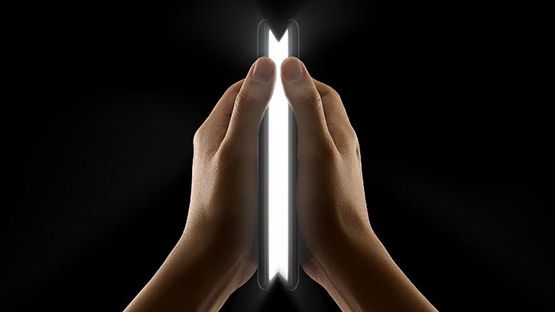 If you've checked social media in recent weeks, you'll have undoubtedly seen the onslaught of #10YearChallenge posts. The trend sees people share two images side-by-side in the same post, one taken in 2009, and one taken in 2019.

Although the social media craze originally started as a way to show personal changes over the last decade, brands have been quick to adopt the trend to help plug their latest products. Samsung has adopted the social media hashtag to promote its next smartphone, the long-rumoured Galaxy X – also tipped to be branded Galaxy Fold.

To celebrate the tenth year of its best-selling Galaxy S phone range, Samsung is preparing to launch something entirely new. The so-called Galaxy X will have two screens – a 4.5-inch screen on the front of the phone, known as the Cover Display – and a folding 7.3-inch Infinity Flex Display that opens like the pages of a paperback.

The Galaxy X release date is widely-tipped to be next month during a Galaxy Unpacked event that is set to see the launch of the Samsung Galaxy S10 range, too.

Samsung hopes the cutting-edge new technology – which allows smartphone owners to expand the amount of available screen real estate at will, when watching a movie, playing games, or making video calls with their nearest and dearest – will reinvigorate stagnant smartphone sales. The all-new approach is one of the best ways to demonstrate just how far smartphones have come in the last decade.

Unfortunately, Samsung has stopped short of revealing exactly what the Galaxy X will look like. After heavily disguising its new smartphone with a boxy case during the on-stage reveal at its developer conference, Samsung has chosen to keep the final design under wraps again in this latest social media post.

Instead what we're left with is a new logo-like design for the foldable phone, which is rumoured to be called Galaxy Fold.