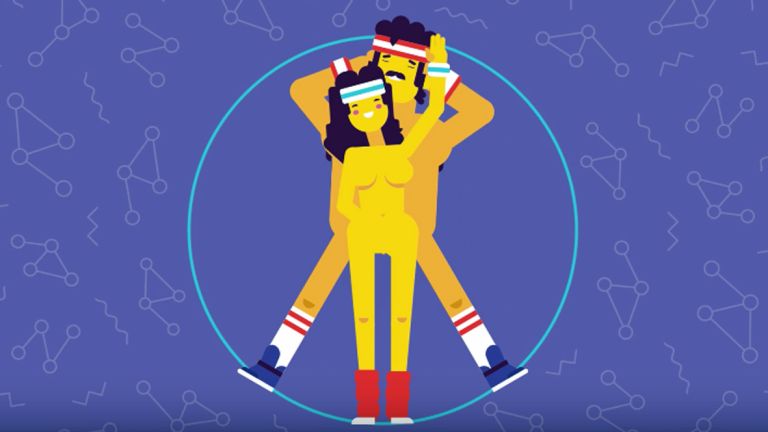 Looking like an ungainly mix of seatbelt and inexpensive phone case, you strap on the BangFit, and put your mobile in the phone-holding bit. You then fire up the BangFit app on both your phone and laptop and get down to some afternoon delight.

On your laptop you'll see a virtual single guy or girl, couple or 'ménage a trois' enjoying adult tomfoolery. Rather like Dance Dance Revolution, but with f**king, you copy the onscreen action as closely as possible to win points and exercise your main muscle groups, and penis.

BangFit is currently in beta, but will be coming later this year.