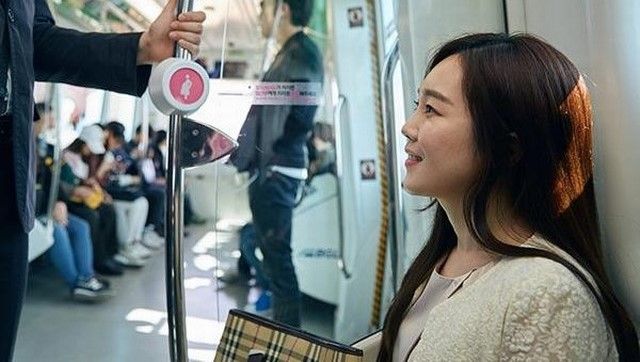 We all loathe the busy commute to and from work, especially when someone decides to sit in one of those priority seats created for pregnant women and senior citizens. One company in South Korea thinks it's come up with a solution, one involving sensors and big pink lights.

It might sound a little barmy, but it's been created with the hope of giving pregnant women the guarantee of a seat on certain trains travelling around South Korea. The program, Pink Light, is a collaboration between the Busan City (the second largest city in South Korea after Seoul) and PR firm Daehong.

Currently installed on a single Busan train line, the system works via a small sensor a pregnant women carries around with her. When she enters a train carriage, a large pink light (geddit?) illuminates. Once she's sat in the seat, the light will then go off. Then, when she leaves, the light will remain off until another sensor holder enters the carriage.

Despite only being installed on a single line, officials in Busan City have been very impressed with the scheme so far and are already looking into getting it rolled out across the city. Better yet, the technology could easily be applied to any group that would normally have a priority on public transport such as elderly citizens and the disabled.

Why not check out: How to tell if you're pregnant