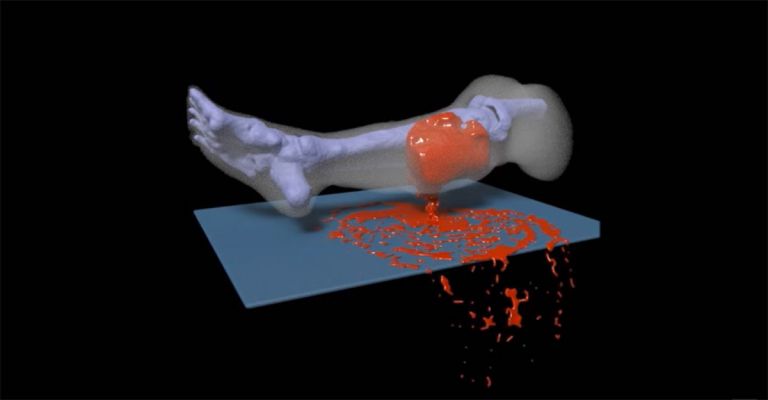 Finally, someone's made a proper grown-up version of motion-control savvy videogame Surgeon Simulator! A group of researchers at UCLA (University Of California, Los Angeles) have created a real-time simulation of hemorrhaging wound. Yup, it's as gruesome as it sounds.

The program simulates - with uncanny realism, we might add - the entire physiology of a human leg (including vessels, muscles, bones and yes, buckets of bloody that realistically spurts and spills in 3D). It's be created for use by medics in the US military as a way of simulating the real-life wounds they'll encounter in real military operations (without the bullets flying overhead, obvs).

The team has only managed to recreate a leg so far, but they have expressed a desire to push even further and create an entire simulated body read to eviscerate itself in the name of modern science. This isn't the first time the US military has dabbled with software to train its medics - back in August it unveiled Combat Medic, a similar (but not quite as impressive) program that used a mixture of augmented reality and real-life dummies to simulate scenarios involving injured personnel.

Why not check out: Best smartwatch - which intelligent timepiece should be on your wrist?