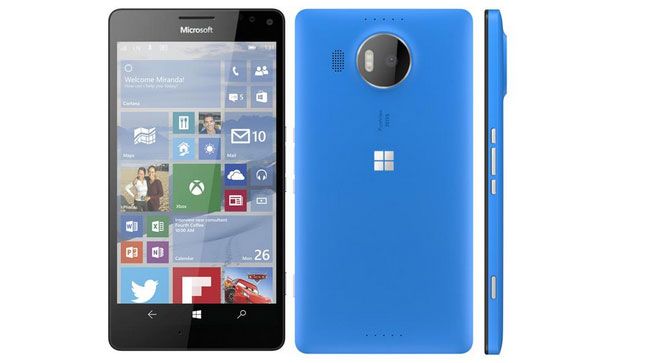 Microsoft's Lumia 950 and 950 XL have leaked out in full... but it's unlikely to get your blood pumping, even though under the hood they're pretty impressive.

Microsoft has yet to reveal a flagship smartphone since taking over the Lumia brand from Nokia – until now. Both the new Lumia 950 and Lumia 950 XL have leaked out in full with a spec list that will excite and a design that is going to make you sigh.

When you look at the spec on paper it looks quite appetising but the photos themselves leave a little bit to be desired – the Lumia design just don't get the heart racing like other flagship smartphones manage.

The Lumia 950 features a 5.2-inch WQHD display with a 2K resolution as well as a Snapdragon 808 processor and 3GB of RAM. That's paired with 32GB of storage and microSD support up to 128GB.

Microsoft's Lumia 950 XL is larger and includes a 5.7-inch WQHD display with a 2K resolution as well as an octa-core Snapdragon 810 processor, 3GB of RAM and 32GB of storage.

There'll also be USB Type-C as well so you won't be fumbling around at the bottom of your phone – it'll just slot right in either way. On top of that there's also an Iris scanner that should give a new futuristic way of unlocking your Lumia phone.

Take some of these details with a big pinch of salt, but the Twitter leaker Evan Blass has a good history of getting Microsoft and Lumia leaks dead on so let's keep our fingers crossed this is the real deal.