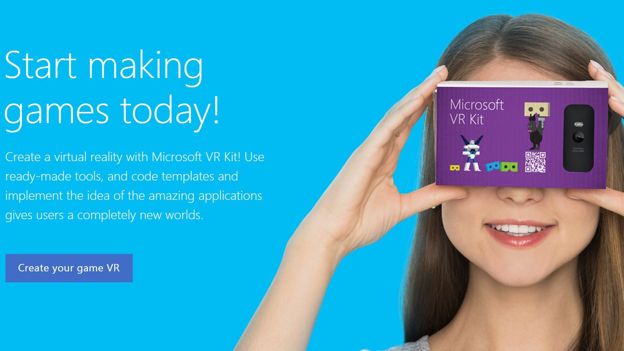 Microsoft is throwing down the gauntlet to Google in the budget virtual reality stakes by releasing its very own cheap kit for smartphone owners.

Reports coming out of Microsoft Russia claim that a new VR kit strikingly similar to the Google Cardboard is being provided to developers at a hackathon later this month and it apparently isn't related to the HoloLens in any way.

The kit will be provided to attendees on October 17 and it works by inserting a Microsoft Lumia smartphone inside a cardboard surround that to all intents and purposes looks exactly the same as Google's creation save the Microsoft branding.

Microsoft wants developers to use the kit to create apps in one of three different categories, which are games, education and corporate. It will then present an award to the best one in each section and the team behind it will get a VR kit to continue developing it.

Even though the two are apparently unrelated, a cardboard VR kit is likely part of Microsoft's wider plan to throw considerable weight behind the HoloLens wearable headset, which was originally announced in 2015 and is expected to arrive at some point during Windows 10's lifespan.

Time will tell whether Microsoft's cardboard VR kit takes a similar path to Google's version, where the design was released publicly for free to give everyone a chance to experience virtual reality.

It turns out Microsoft bought Minecraft for HoloLens