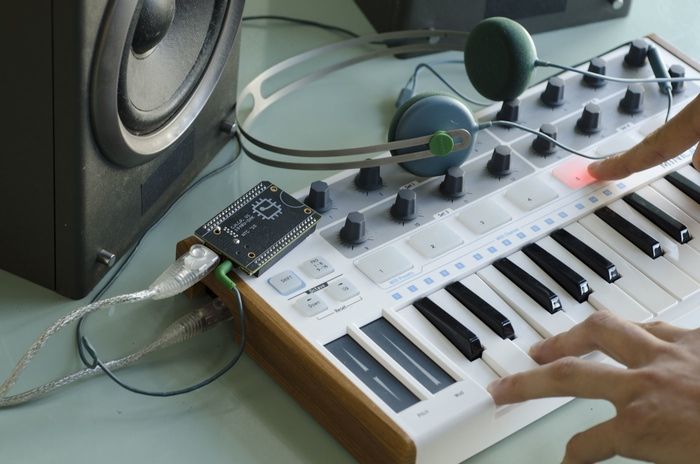 Would you want to buy a computer that costs less than a couple of drinks at the pub? Of course you would! And it wouldn't be from some dodgy geezer in a pub either!

The CHIP computer will set you back around $9 (£6), making the Raspberry Pi look a tad on the expensive side. The tiny PCB sports a 1GHz ARM R8 processor, 512MB of member and 4GB of flash storage.

CHIP can run a full (lightweight) version of Linux. It also boasts Wi-Fi and Bluetooth as well so it doesn't need something plugged into a USB port to provide this. It also comes with a built-in composite output to connect to just about any screen as well as adaptors for VGA and HDMI monitors.

And yet despite the price tag, CHIP is billed as a fully-fledged PC that can be used not just for everyday computer tasks but other DIY projects.

For $50, a PocketCHIP comes not only with the circuit board, but also a battery, keyboard and 4.3-inch touchscreen, all in a package around the same size as a Gameboy.

“CHIP is built to be flexible,” said the inventors on their Kickstarter campaign website. “Whether you're building yourself a wall clock that counts down time to the next bus at your stop, or setting up a network of hundreds of solar-powered air quality sensors for use in disaster relief, you need the same basic tools to start from: a processor, a way to exchange data, and a way to power everything. With CHIP, all the groundwork is laid, and the only question is what you'll do next.”

The campaign has already surpassed its funding target ten times over since its launch a few days ago. The inventors expect shipping to take place by the end of the year.