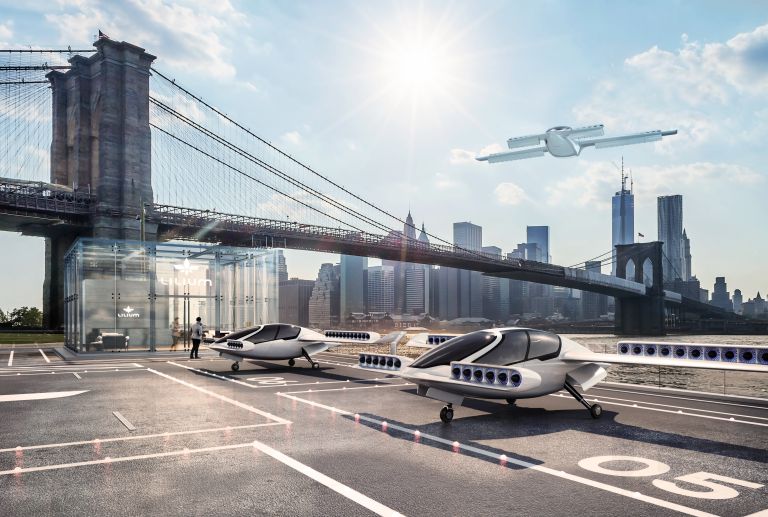 The Lilium Jet is here to change the way transport works thanks to totally zero emissions electric powered flight.

Lilium has just shown off its prototype of the Jet taking flight with a vertical take-off and landing - making it ideal for flying in and out of tight spots and perfect as the flying taxi of the future.

The Lilium Jet is able to hit a top speed of 300kph and keep flying for a distance of 300km on a charge thanks to its 36 electric jet engines and 12 moveable flaps. This electric power could revolutionise flight and help to stop harmful emissions in cities from cars.

The design of the Jet focuses on small passenger numbers for car-like transportation. A five seater is currently in development with plans to offer a taxi style service but with flights.

Lilium says this is five times faster than cars with a journey from New York’s JFK to Manhattan taking 55 minutes by car but just five in the Jet.

Safety is obviously a major concern for Lilium, which says the engines are shielded so even if one fails the others should be fine. The same sort of safety measures protect the batteries and there’s even a system to stop the pilot pushing the Jet beyond safe limits when flying.

Check out the video of the Lilium Jet prototype taking flight at a recent breakthrough. Here’s hoping the future of Uber style apps has flying electric Jets landing to move us about the place soon - goodbye boring commutes.

Uber wants to actually fly you over traffic, here’s how