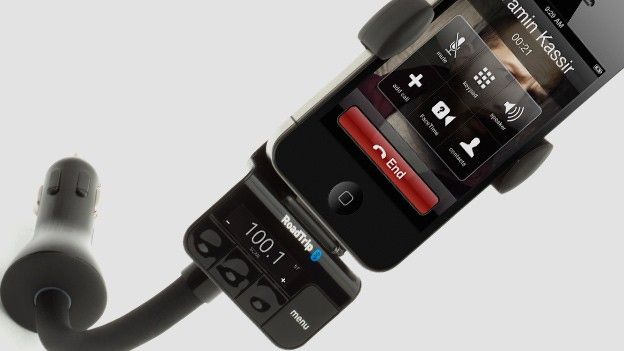 Griffin has launched its DriveSafe range of in-car products, a family of docks and adaptors which are all aimed at making smartphone use while driving as safe as possible.

Headlining the range are a selection of in-car mounts which starts with the RoadTrip HandsFree, a dock that plugs into the cars cigarette power socket and then uses a FM transmitter to then send your music to the cars FM stereo.

Of course with the focus on safety it also has a powerful mic which will pick up your voice while the voice call is then put through the car's stereo.

For those with an AUX adapter you can also get the WindowSeat HandsFree and the WindowMount Handsfree both which come with an AUX cable and in-line mic for handsfree calling.

There's seven products in total with prices ranging from £19.99 for the tape adapter up to £64.99 for the all-in-one RoadTrip HandsFree.

Have any of these? Let us know what you think via the comments box below...