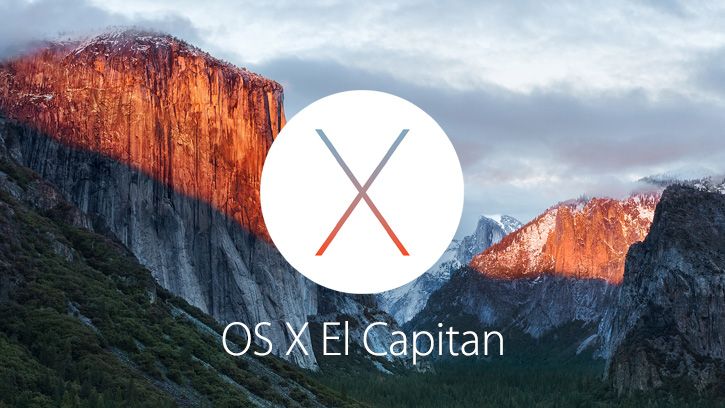 Apple took the wrappers off the latest version of OS X today, showing off some significant performance improvements, some interesting features and a silly-sounding name.

It's an evolutionary step rather than revolutionary one - there's nothing as dramatic as the neon redesign that we got with OS X Lion - but if Apple delivers what it's promising then your Mac should be faster, more reliable and more useful than ever before.

Here's what matters in El Capitan, the latest version of OS X.

El Capitan is a place

Americans know this, of course, but to UK ears El Capitan sounds like somebody pretending to be a Spanish sailor.

It's Snow Leopard all over again

The successor to OS X Leopard, Snow Leopard, was all about performance and stability rather than really exciting new features, and it's a similar story here: while there are a few interesting new things, most of Apple's efforts have been focused under the hood of OS X.

OS X El Capitan will be a free upgrade

The developer beta dropped today, and there will be a public beta in July - although as ever, it wouldn't be wise to install that on a machine you rely upon. The final version will be a free update in the Autumn.

We didn't get any big features like Handoff and Continuity, but the lines between the Mac OS X and iOS continue to blur with OS X El Capitan, especially in Mail: it gets iOS-style swiping to trash and mark emails, and you can pop the compose window down in full-screen mode to look at other emails.

Apple's graphics engine, Metal, has been brought across from iOS with impressive results. According to Apple, it renders graphics 50% faster and has a 40% reduction in CPU load. Apple has also heavily optimised the rest of OS X for better performance and hopefully significantly less time watching the dreaded spinning beach ball, and claims that apps launch 1.4x faster, that app switching is 2x faster, that mail gets up and running twice as quickly and that opening PDFs in preview is four times faster. If you're a power user, the news that Adobe managed to get After Effects rendering eight times faster should make you do an excited dance.

Wouldn't it be great if there was an operating system that enabled you to snap windows side by side on the desktop? While iOS was merrily pilfering from Android and even BlackBerry, OS X took a little bit of inspiration from Microsoft's OS. Window snapping wasn't the only idea it took: dragging open apps into virtual desktops is something Windows 10 testers are familiar with.

Pinning websites to the corner of the bookmarks bar? Now, where have we seen that before? But it wasn't all about taking. Apple gave us a truly excellent new feature, which is the ability to instantly kill those websites that autoplay music or video.

The revamped Spotlight search looks great. Not only does it pull information from more sources, but the natural language processing apparently makes it easy to perform quite complex searches such as “show me the documents I was working on this time last month” or “show me the emails from the boss that I ignored last week”.

You know you're talking about an evolutionary rather than revolutionary step forward when a revamp to the Notes application is one of the most newsworthy things you saw.