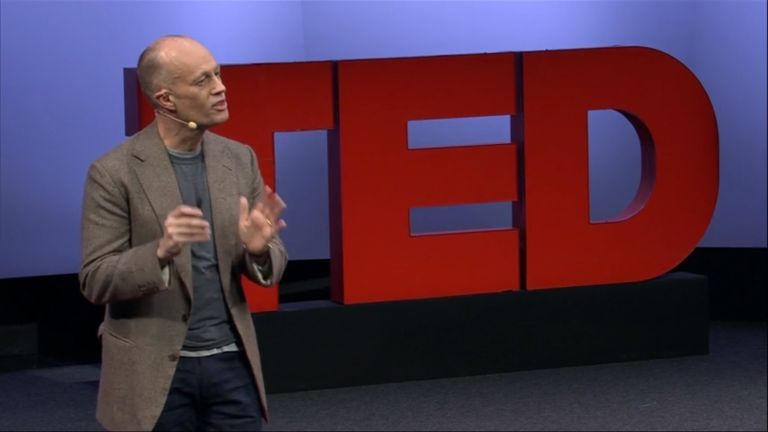 TED's slogan is "ideas worth spreading" and the best TED Talks from the biggest names haven't been short of world-changing inspiration...

With a roster of speakers from Amazon CEO Jeff Bezos, Tesla mastermind Elon Musk and of course T3 and TED's founder Chris Anderson, TED is the place to enjoy mind-expanding talks from the world's greatest minds.

TED, standing for Technology, Entertainment and Design, organises events that showcase the latest developments in everything from gaming to 3D printing, from videogames to audible colours.

At time of writing, there were 1,657 TED talks online, 521 of which were filed in the 'technology' category. They're all at least five minutes, so that's over 1000 minutes of tech fascination. But since no one has that kind of time, we made a New Year's Resolution to bring you the most interesting, intelligent and downright hilarious talks we could find. Whether you're keen on wiring up pizza slices or living 10 years longer just by playing a videogame, these talks will keep you at the forefront of tech development and what to expect in the not-so-distant future.

From the labs of MIT comes the most intelligent object you can wear around your neck. Maes and Mistry have invented a portable computer made of a projector, camera and finger sensors, creating images which you can project onto any surface. Using your smartphone's internet connection, SixthSense can draw a watch on your wrist, find Amazon reviews of books by looking at the cover and give you information on people you've just met, based on what they post online. Whilst it's not the slickest tech gadget out there, it's definitely one of the smartest and most promising.

Jane McGonigal: The game that can give you 10 extra years of life

We've all said it – playing videogames keeps us sane – but it's usually just an excuse to give ourselves another half hour of Call of Duty when we should be working. McGonigal argues this is a legitimate excuse (we told you!) and she has a real excuse for playing games: as a videogame developer, she invented a new game to help her recover from a serious brain injury. The result was SuperBetter, a game she claims can add 7.5 minutes to your life every time you play. Need we say more?

You've heard of musical YouTube stars and comedy successes, but did you hear about that guy who made his YouTube name using a Wii remote in new and weird ways? That's exactly what Lee did, by adapting the infrared camera in the Wii remote to project a whiteboard onto a flat surface, with software now being used in schools across America. He then uses a pair of glasses with infrared dots to create 3D gaming on any television, technology that has already been snapped up by games developers, promising exciting features for the future. It may be small, but the Wii remote and its infrared sensor have mighty potential.

Remember those red and black wires you used in school for conductivity experiments? They're for big kids too, as Silver proves by sticking wires into pizza slices and using them as computer cursor arrows. On a more practical level, Silver uses his wired tech to create a personalised videogame joystick for a boy with cerebral palsy and makes music with electrified pencils, which were also used to draw arrows, keyboards and controllers on paper. Although firmly in the prototype stage, this concept will have you looking at a pencil and paper in a whole different way.

How long does it take for a gadget to gain hype, become cool, then to crash into the grave of uncool obsolete tech? This life cycle of gadgets isn't as varied as it seems, as Anderson suggests with a series of graphs and clever observation. Anderson, the editor of Wired, talks us through the typical lifespan of a tech product, such as a DVD, and the trends that dictate how products rise and fall in our estimations. Even better, Anderson suggests this life cycle, unique to tech products, can help manufacturers plan and promote product launches and developments – a must-watch for any budding tech entrepreneurs.

Chris Gerdes: The future race car – 150mph and no driver

Imagine tech taking over every aspect of your life. A gadget—lover's dream…or a human's nightmare? Either way, Gerdes states that autonomous vehicles are not only coming, but will soon take over human-driven cars. Google already have one, but what about making Formula 1 much safer by using computers in place of drivers? By charting the brainwaves of professional racing drivers, Gerdes has not only engineered the world's first autonomous racing car, but gained a new appreciation for our brains, creating perhaps the perfect human-computer marriage. Amazingly, your driving licence could soon be a thing of the past.

Todd Humphreys: How to fool a GPS

Did you know the 2 metre accuracy our phones and Tom Toms is nothing in comparison to what we could be getting? That millimetre precision is within our reach? That one day, you'll be able to ask your house where your lost keys are? Humphreys talks about the benefits of the GPS dot but also its more sinister side: in the USA it's not illegal to place a tracking device on someone. With great tech power comes great responsibility…

Neil Harbisson: I listen to colour

Here's an example of tech being used to blow your mind. Harbisson was born colour-blind and collaborated with other scientists to create his “eyeborg”, a computer chip installed into his head that allows him to hear the frequency of each colour. Walking around the fruit aisle, viewing a Picasso and eating dinner has taken on a whole new meaning. He even judges people from the sound of their face and hears infrared and ultraviolent light the human eye cannot. Part Terminator, totally amazing.

Pontin is the editor-in-chief and publisher of MIT Technology Review, so we're taking his TED talk as gospel. He questions whether technology is ever going to solve the world's big problems, such as energy shortage and population boom. Pontin looks at the political and economic factors that are restricting the use of technology for huge projects rather than short-term profitable programmes. “You promised me Mars colonies. Instead, I got Facebook.” We hear you, James.

Musk has done everything, from founding PayPal to pioneering commercial space travel. In this conversation with TED curator Chris Anderson, Musk reveals his vision for electronic car stations around the world, cars that charge in half an hour and how solar panels will beat natural gas and fossil fuels. Sounds intense? That's only halfway through this fascinating talk. Re-useable rockets and energy leasing companies are also on Musk's list and given his track record, we're keeping our eyes peeled and expectations high.