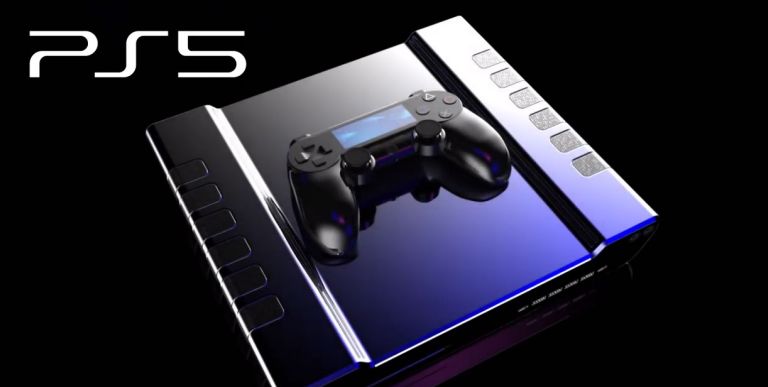 As we're getting closer to the launch of the PS5 the leaks are coming thick and fast, and sifting through the rumours to figure out which of them are accurate, which may have a kernel of truth in them, and which are just outright fabrications can be hard. Take the impending unveiling of Sony's next-gen console, for example.

We first heard that the PS5 would be revealed in February 2020 via a 4chan rumour. This was later confirmed by game designer and developer, David Scott Jaffe, while the finer details of the 4chan rumour started coming to fruition over on the official PlayStation Europe account.

This weekend has seen another questionable titbit surface with a video on YouTube first posted to Reddit, claiming to show off the console's leaked start-up sequence. It's only a short snippet, but shows off the new logo  set against a background in the familiar PlayStation blue colour-scheme, across a soft, hazy ripple pattern, accompanied by soothing, spa-like tones. Sony's logo pops up next, heralded by a couple of brief chimes, followed by the photosensitive epilepsy warning.

It closes out with a final screen emblazoned with a large QR code and the PlayStation icon, logos for the Google Play and Apple Store in the corner, and a black bar censoring a portion of the screen. Take a look:

While this seems in line with what we would expect, especially given the leaked PS5 UI and its similarities to the current PS4 aesthetic, there are a few aspects of the video that seem a bit off. First off, for a console that's meant to run significantly faster than the PS4, the time to boot up seems comparative to the current-gen console. Secondly, the machine visible in the video looks a world away from the dev kits we've seen, with some YouTube commentors pointing out that it resembles a Blu-ray player. The DualShock 5 also looks suspect, with the top portion appearing to be obscured.

Well, it seems that people were right to question the legitimacy of the so-called leak, with the YouTuber posting a second video copping up the fact, titled "How to win the interwebs. - make a PS5 video" detailing how they pulled it off. The short answer is inserting a render of the console in the video, and getting a little help on the sound and graphics front. Here's how they (almost) pulled it off:

While it's easy to get excited over every PS5 rumour, image, and video that 'leaks,' the lesson here is to retain a healthy dose of scepticism - especially as we ramp up towards the official reveal. Keep it locked to T3 in the meantime for breakdowns of reports, rumours, and news on the upcoming PS5 and Xbox Series X.