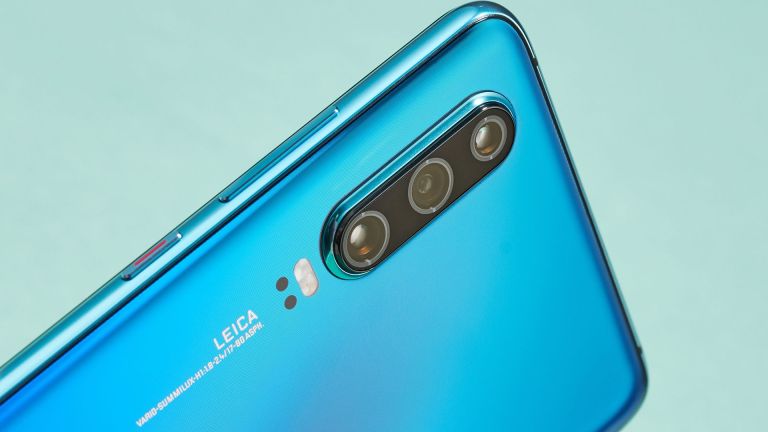 Quite a few details have leaked about the Huawei P40 series. We believe we know how many handsets will be unveiled (three—the Huawei P40 Lite, standard and Pro variations, as well as a P40 Pro Premium ceramic version) and some likely specs, including their top-of-the-range Kirin 990 chipset, which will be able to use 5G.

Now, it all seems real. One leaker has posted two real images of what is purported to be the Huawei P40 (although the back is covered to prevent concrete identification) to Chinese social media site Weibo. Reported by GSMArena, if true it corroborates several long-held rumours about Huawei’s latest flagship.

The Weibo user said to be known leaker Digital Chat has posted two photos of the next-gen phone clipped into a matte blue case, with dual panels on the back hiding the rear camera module from prying eyes. Nevertheless, we can glean a few details from the front alone which confirms a lot of our suspicions. Check out the leaked shots below:

The front is very clearly sporting dual pinhole selfie cameras, confirming one rumour about the phone’s penta-camera setup. A curved screen, stretching over the sides of the phone in a waterfall pattern, can also be identified here. There’s no notch, but part of the screen at the top is locked by a significant black bar, looking like a larger-than-expected “forehead” on the phone.

While the back is locked firmly in a “leak-proof” case, there are some details we can pick apart. The case contains a big clip over the back with separate panels that look like they can be unclipped and folded back to access the camera. The left-hand panel looks to be in exactly the same shape and positioning as the camera array on these leaked renders…

We’re very excited to see our first illicit glimpse of the phone before its debut in March. It’ll arrive hot on the heels of its main rival, the Samsung Galaxy S20, which is due to be unveiled in February. Now news of physical handsets are starting to drop, the battle of the next-generation flagships is certainly hotting up...