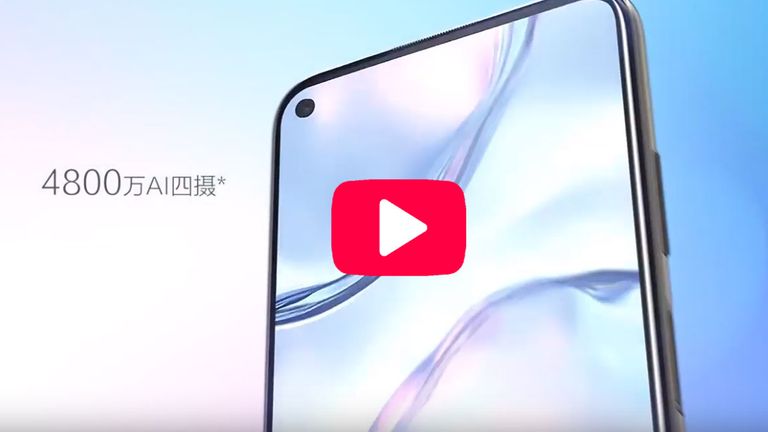 It won't be long before the Huawei P40 and its rumoured cousins, the P40 Pro and P40 Lite, will be unveiled to the world. The Huawei P20 was launched in April 2018 and the Huawei P30 in March 2019, so we reckon the latest batch of phones will debut in the first quarter of 2020. However, you don't have to wait that long for information regarding Huawei's new flagship phone range.

News outlet GSMArena is reporting that the Huawei P40 Lite, a dialled-down version of the flagship P40 for users on a budget, will actually be a rebranded Huawei Nova 6 SE, a phone that launched earlier this month in China.

Debuting with the Nova 6 5G and 4G models, if the rumour is true it means we have the specs of the Huawei P40 Lite readily available now. Slightly smaller than the other phones in the Nova 6 range, the SE sports a 6.4 inch full HD display with a single punch hole selfie cam, a mid-range Kirin 810 processor and a 48MP main camera, all powered by a 4200mAh battery.

This isn't the first time Huawei has rebranded a phone for other markets: the Nova 4e was launched in the US and UK as the Huawei P30 Lite, so there's clear precedent for the move. Check out a video below, showcasing the phone as part of its Chinese launch.

The iPhone 11 Pro-style four-camera setup is clearly on display here. Interestingly, this seems to be the model lots of Android phones are using at the moment, which could tell us the P40 and P40 Pro will opt for a similar design.

The video also showcases the crisp, clean screen with under-screen fingerprint scanner and the single punch-hole selfie cam. Its siblings, the Nova 6 and Nova 6 5G, both sport dual selfie cams – so we could expect those double punchholes in the P40 and P40 Pro.

We'll know more for sure when the P40 launches in the early part of next year. Until then, we'll have all the latest news and leaks on Huawei's new flagship, so don't go anywhere.