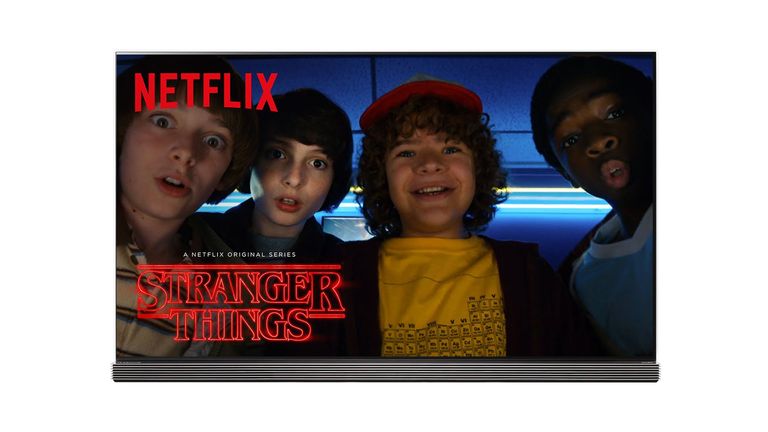 You’re on the hunt for the right gear to suit the situation and don’t have the time to spend trawling the interwebs. Fear not T3 is here.

This guide will offer you the best of the best, the cream of the crop, so you know what to buy for what you need - no matter what it is.

This week it’s all about bringing you the best gear to enjoy watching Stranger Things 2 and everything else horror related for Halloween. Of course in the case of Stranger Things 2 that means a TV that is both 4K and HDR capable so it can keep up with that high quality Netflix stream. But for some it could also mean a new media streamer to guarantee the smoothest playback. Then there’s coffee, any late night binge viewing session needs coffee, even more so when it’s horror - unless you like be jolted awake by murder.

Buying a TV is quite a hard purchase so we'll reveal all in our buying guide below, but the best TV at the moment has to be the LG OLED E6 Series.

The LG OLED E6 is available in both 55-inch and 65-inch variants. The display is absolutely superb - there's not a hint of light bleed, but deep black colours sit right alongside even the brightest HDR whites and HDR footage looks absolutely amazing while standard dynamic range footage pops more than on any other TV.

Coffee machines are all the same, right? Well, they are in the sense that they'll all make you a cup of coffee in the morning. But in truth, there's a wide spectrum when it comes to taste, style and functionality, and choosing the right machine for you and your kitchen can be a headache. Our favourite coffee maker at the moment is the  Aerobie AeroPress for its simplicity and great price.

After much deliberation, research and a rather large overdose of caffeine, we’ve alighted on this bunch of unlikely heroes that steep, press and drip their way to a mighty fine brew. Dip in, there’s black gold on the table.

Microwaves used to have a terrible reputation, but these squat little boxes can actually do a lot more than simply heat up pizza, cook meat while leaving it looking raw, and performing the general food texture and taste-ruining duties they traditionally fulfilled.

We tested a range of microwaves and combi ovens – which combine the arcane power of radioactive food bombardment with more traditional convection and grill cooking –  to bring you the best the market has to offer.

Media streamers are all about making your dumb TV smart: getting content from the web up on the big screen. They can transform the capabilities of older sets and usually offer more options and better features than the software built into more modern smart TVs. We think the Chromecast is currently the cream of the crop, but there are plenty of alternatives.

For this roundup we've selected the streamers that offer the best value and the most services (Netflix, YouTube, Spotify and so on).

Ever since Apple and other brands ditched the headphone socket from their phones, wireless audio took a leap from being a (quite large) niche, to the portable audio norm.

That's not the only change in the headphone market in recent years. Active noise cancelling has also gone from being a (quite small) niche to, seemingly, a must-have. ANC Bluetooth headphones now make up the biggest chunk of the market, at least in terms of value, if not units (they are pricey things).

That said, it's no longer entirely necessary to spend big money to get top-notch wireless audio action. Although admittedly my big recommendations here are largely over 200 quid, there are also some great options for £100-ish and below from AKG, Marshall and Optoma NuForce.