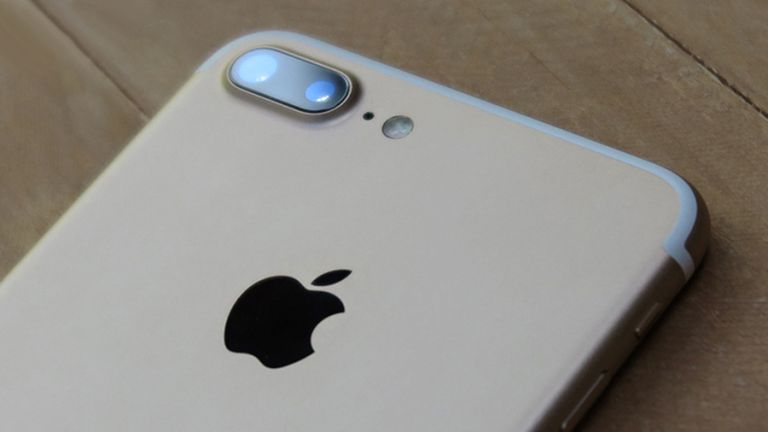 Thanks to our smartphones we're all snapping more pictures than ever before, but some of these photos end up looking a lot better than others. If you're keen to up your mobile photography game, there are plenty of ways to go about it, as we'll explain here.

In particular, we're going to focus on iPhone - Apple's been known for the quality of its smartphone cameras down the years, and despite the simple appearance of the default camera app, you'll find quite a few useful tricks and tools to improve your mobile snaps.

The earbuds that came with your iPhone have an extra trick you might not be aware of: when they're attached to your phone, and your phone is in camera mode, you can tap either volume button to snap a photo, which can come in handy in all kinds of ways.

Maybe you want to take a selfie without your arm in the way, maybe your phone is up on a wall, or maybe you just want to feel more like a professional photographer. As an added bonus, the normal physical volume controls work as shutter buttons too, if you prefer.

There's an old photographer's trick called the rule of thirds where the idea is to get your framed shot split up into nine equal rectangles with four criss-crossing lines. The most interesting parts of your shot should lie along those lines and their intersections.

To make this a little easier to visualise on your iPhone, head into the Settings app, bring up the Photos & Camera menu, then tap the Grid toggle switch to On. Head back to the camera and you'll see a grid overlay, ready to help you position your subjects accordingly.

When you're shooting a picture with the iPhone camera, tap anywhere to set the focus of the shot manually. At the same time a sun icon appears on screen - if you drag this up or down with your finger, you can increase or decrease the exposure of the photo too.

Meanwhile, tap and hold on a part of the picture to set a focus and exposure lock, which then doesn't change as you move the camera around - this can help keep shots consistent and steady even if something changes in the scene. Tap again to release the lock.

From phones to movies, there's a lot of buzz around HDR or High Dynamic Range at the moment. Simply put, it's a way of getting a greater range of colour and contrast in a picture, so a bright sky section doesn't obliterate a dark ground area, and vice versa.

HDR helps when there are a lot of contrasts in your shot, but takes a little longer to process, and so isn't as suitable for fast-moving subjects. Tap on the HDR button to enable or disable it, or leave the setting on auto to let the camera decide when it should be used.

Burst mode can be useful in all kinds of situations, but it's been pretty well hidden by Apple - you activate it by just holding down on the shutter button for half a second or so. A rapid-fire burst of photos are then taken until you lift your finger back off the button again.

This can come in very handy for just about every shot you take, whether it's the kids' sports day, or a photo of your friends in the bar, or a wildlife shot in the woods. You get a handful of pictures to choose from later, so you can pick the best and delete the rest.

Unfortunately this one's only for those of you rocking an iPhone 7 Plus, but it's still worth mentioning - if you tap on the little 1x button on the camera screen you can apply a 2x optical zoom to get closer to the action without any loss of quality along the way.

That fixed quality is important: you can zoom in using most camera apps, but you're usually applying digital zoom, which is the same as making a picture bigger and bigger (and more pixelated) on your computer screen. Optical zoom is a much better option.

Sorry if you've got any other type of iPhone readers, because again this is an iPhone 7 Plus exclusive. Swipe across the camera modes and you'll find Portrait, recently added to the camera app, and designed to keep your subjects in focus while blurring the background.

It's known in the trade as a bokeh effect, and it can lead to some very impressive results. You don't have to do anything except choose the mode and frame your shot - like the optical zoom feature, it uses the two cameras on the iPhone 7 Plus to create the effect.

Moving beyond the actual camera app itself, you can buy a host of accessories for your iPhone to improve the shots you get, from lightweight, pocket-sized tripods to clip-on lenses. In the latter category you've got kit from the likes of ExoLens and Olloclip.

The lenses aren't all that bulky but they are powerful, and can transform shots with wide-angle views, special macro modes, or extra zoom capabilities. Just make sure you're getting a lens that works with your model of iPhone and does what you want it to do.

For even more control over your iPhone snaps, install a third-party app - they can give you extra control over settings like shutter speed and exposure, and sometimes come with a few additional tricks, such as live filters and bonus editing tools for sprucing up your pics.

Take Manual for instance (above), adding pro-level controls to the camera, or Obscura Camera, which throws in filters too. Speaking of filters, Instagram is worth installing for its image enhancement tools, whether or not you want to share your photos afterwards.

Finally, dive into the Photos app on your iPhone to explore the various editing features available - the app isn't just about reviewing your pictures and sharing them. Tap the sliders button by any picture in the app to access filters, colour adjustments, and more.

Tap the dial-shaped button, for example, then tap on the Light heading, and you can tweak contrast, brightness, shadows, highlights and more. Meanwhile there are eight instant filters to play around with and a rotation tool for carefully straightening photos.