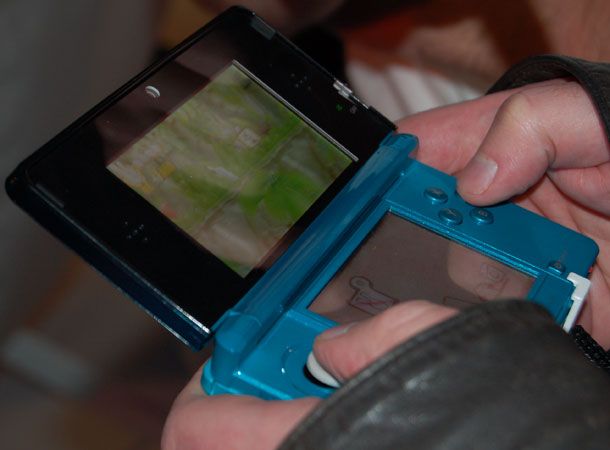 The tech news that broke after you logged-off for the day.

Facebook has gone all green on us by announcing new energy efficient server tech which it plans to share with the world, open source style. The new data centre in Oregon, USA is 38 per cent more efficient and cost 24 per cent less to build. The Open Compute project has opened the tech up to the rest of the world.
Link: PC Magazine

The PSP is still big in Japan and in the last seven days it has been bigger than the Nintendo 3DS. The PlayStation Portable console sold 58,075 units in the land of the rising sun, while Nintendo's rival shifted only 42,979. The reason? A new dating simulator called Amagami. While we can't expect that success to be replicated in the US or the UK, it's a rare moment of triumph for the PSP.
Link: GamePro

Official-looking press shorts of the HTC Incredible 2 handset have surfaced as US network Verizon plans to unleash its next exclusive HTC Droid release. Rumours had been abound Stateside that the UK Incredible S release might get an airing over the Atlantic, but this seems to answer that.
Link: Ubergizmo

Refreshing your Facebook feed to see that there's an imminent terrorist threat might be a little bit more intense than the laughing baby video you were hoping for, but the US Government is planning to utilise social networking sites like Facebook and Twitter to notify the masses of threats.
Link: Associated Press (video)

Playing video games regularly damages your chances of going to university according to a study from Oxford University which tracked 17,000 people since 1970. Those who read books rather than played games performed better academically and had better career prospects says the report in the Guardian. Any chance that one day, one of these expensive studies could tell us something we don't know?
Link: The Guardian

If you missed the biggest news from Thursday, you can check out our News@8 round-up with the first news of iPad 2 sales, the latest iPhone 5 rumours, and possible delays to the release of the BlackBerry Playbook, thanks to the success of the iPad 2.