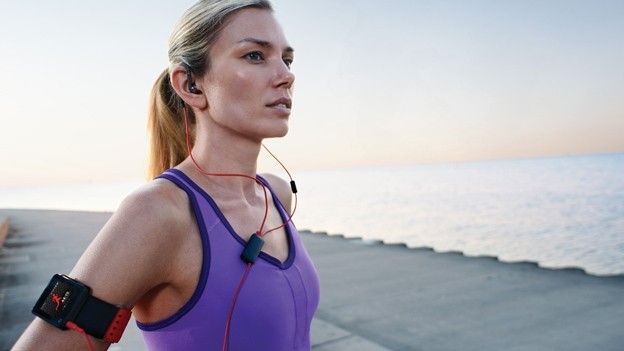 So alongside the Motorola RAZR there were some other pretty big announcements from Motorola, one of them was this, the MOTOACTV, is this Motorola's way of bringing all our devices under one brand?

Motorola has unveiled the MOTOACTV smart music player and performance tracker, or to you and me, a sports-themed MP3 player. That said though, laymans terms doesn't do the product justice, not even slightly.

A tiny media player, the MOTOACTV is to see a UK release date in December, with mainland Europe following in early 2012, according to Moto.

Featuring a 1.6inch touchscreen display this media player is designed to not only be a true sports-companion but also your personal trainer as well, letting you upload workouts, heart rates, in fact pretty much anything you can think of that's related to the act of running.

Protecting that 1.6inch display is Corning Gorilla glass making it truly active-proof while a sensor makes sure the brightness is always just right for the environment your in whether it's late at night or early in the morning.

Using advanced AccuSense technology and GPS the MOTOACTV is able to accurately track your every turn and every hill and if that wasn't enough it comes with full Android compatibility which means you'll be able to take calls, read texts all with your Motorola RAZR still in your bag or pocket.

In terms of storage the MOTOACTV has a choice of either 8GB or 16GB making it a true contender to the like of the Apple iPod Nano or Shuffle and placing it well within the realms of a proper media player.

Able to be worn on the wrist, the arm even clipped onto a bike, its designed to be easy to attach and become second nature when going to do any exercise. Once you're done you can sync it with MOTOACTV software on your PC and then upload workouts and times so that your friends can see exactly just how much faster you are.

MOTOACTV will be available in the UK early in the New Year so unfortunately we do have a while to wait, but as soon as we know pricing and exact details on when it's shipping stay locked to T3.com.

What do you think, is the MOTOACTV a true sports companion or is it just another niche product? Let us know what you think in the comments box below...