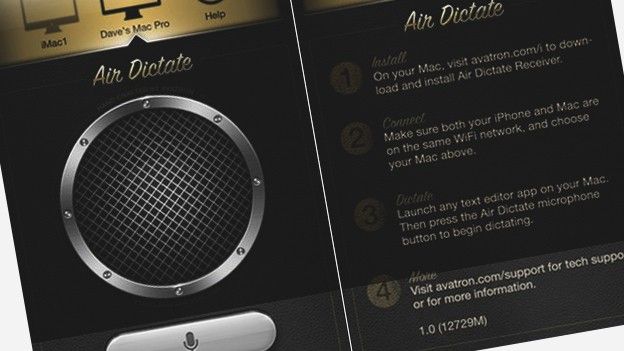 This week we've seen AirPlay come to Google TV, while Siri is now compatible with Mac thanks to some clever new apps. Also, you can also blow up your neghbour's cat thanks to a new iPhone app

iPhone App News: J.J. Abrams releases iPhone movie effects app
It may only be a vehicle to promote his latest movie, but J.J. Abrams first venture into the world of apps is about as fun as they come. The Action Movie FX app for iPhone allows you to call in air strikes on your least favourite places or drop cars on your neighbour's cats, just by shooting video on your device. It's a free app with in-app packs available to bring more effects.

Windows Phone App News: 50,000 WP7 apps submitted
Microsoft's bid to tackle the App Store and the Android Market is gathering more pace heading into 2012. The Windows Phone portal now has 50,000 dedicated apps, an increase of 8,000 in the last 30 days alone.

iPhone app news: AirDictate brings Siri to Macs
The iPhone 4S' personal assistant Siri has been enabled for Mac allowing users to dictate to their iPhone to produce documents on Apple's OS X devices. The AirDictate app for iPhone costs just 69p and works simply by connecting the two devices over the same Wi-Fi network.

iPad App Review: BassLine Analog Synthesiser
Not necessarily easy for newcomers to pick up, but this reasonably-priced synthesiser is "one of the best simulations of the classic acid house 303 sound you'll find this side of Rebirth – all squelch and bounce with a massive level of fingertip control," according to our reviewer. Read our BassLine for iPad review

Android App Review: Shoot The Apple
The chase all three stars model has become an essential part of mobile gaming, keeping us playing and keeping us addicted until we reach perfection. Shoot The Apple for Android follows the same pattern as classics like Angry Birds and Cut The Rope. The idea is to shoot a ragdoll out of a cannon and his an Apple, overcoming the obstacles in your way.

iPhone App News: CoinKeeper
There's a number of great budget keeping apps for iOS, but CoinKeeper for iPhone might be the best yet. The idea is to set up your sources of income and accounts, and then drag 'coins' from accounts into budgets to create transactions. It's a unique twist on a tried and tested app.