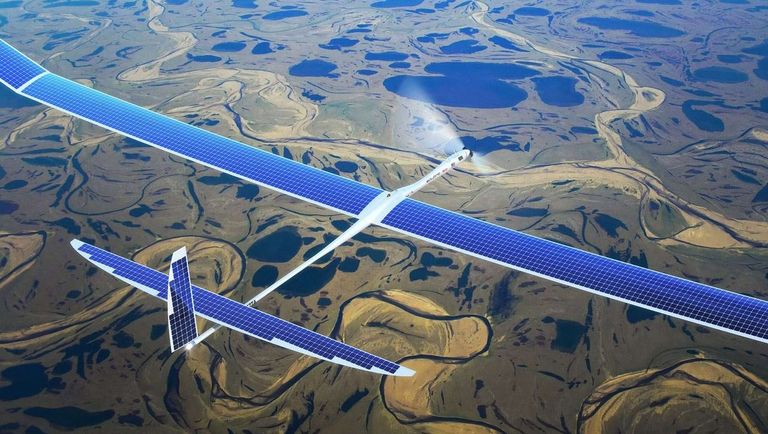 The veil has finally been lifted on Google's secretive 'Project Skybender', new initiative that's using a fleet of solar drones to create a new 5G network. The same team that created Project Loon is using them to experiment with millimeter wave-based internet.

The team is currently working out of Virgin Galactic's Gateway to Space terminal at Spaceport America, New Mexico and is hoping this far more powerful means of data transmission could change the way we access the web forever. Apparently this particular technique can send data 40 times faster than regular LTE, meaning it could form the basis of what will eventually become '5G'.

Jacques Rudell, a professor at the University of Washington, told The Guardian that, "[t]he huge advantage of millimetre wave is access to new spectrum because the existing cellphone spectrum is overcrowded. It's packed and there's nowhere else to go."

Millimeter wave-based transmissions aren't without their critics, though. At the moment, the process creates a signal that eventually fades and can't maintain the range and distance needed for smartphone tech. We're guessing Google is hoping these new solar-powered drones will help address that particular issue.

Why not check out: Best luxury watch - deluxe men's watches from the most prestigious brands