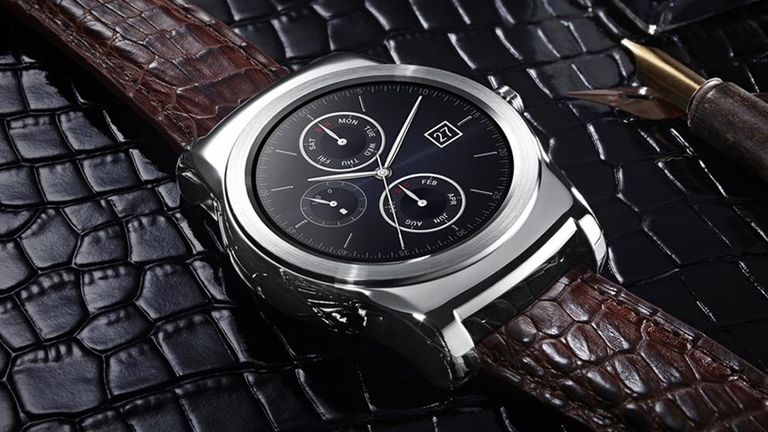 Most would agree that the Apple Watch has stolen some of Android Wear's thunder - the various Google-powered smartwatches on the market haven't quite captured the attention of the public and the industry as much as Apple's equivalent. Nevertheless, on closer inspection Android Wear still has a lot going for it.

And at the top of the dozen or so Android Wear watches on sale at the moment is the new LG Watch Urbane. It's LG's third stab at an Android Wear device - so you would expect it to be more refined than earlier versions - and if you want a Google wearable on your wrist this is the best choice right now. Here are the reasons why.

With the latest update, Android Wear is better than ever.

The LG Watch Urbane is the first Google-powered wristwatch to come with Android Wear 5.1.1 preinstalled, though some older watches will be able to take advantage of its features once the software rolls out more globally. Chief among those features is Wi-Fi connectivity, so the Urbane can hook up to a Wi-Fi network without having to rely on a Bluetooth connection to your smartphone. It means that updates and notifications can be beamed directly to the wearable where available.

The update also brings with it better emoji support (for times when pictures pass on the message better than words) and gesture controls that let you flick your wrist to move through options and menus (helpful when your other hand isn't free). The app picker and contacts screen has been given a revamp, making it easier to launch apps or get at a list of your favourite people from your wrist. Building on top of the impressive Android Wear 5.0 update, the new version makes the Urbane a watch that's intuitive to operate.

So far the Android Wear watches that have appeared on the market aren't the most eye-catching of gadgets. LG has taken what it's learned from the G Watch and the G Watch R to create a device that finally looks the part: with its circular 1.3-inch screen, polished stainless steel body and stitched leather strap (which you can swap out for something else if you want to), this is a watch that a professional business high-flyer wouldn't be ashamed to be sporting at dinner or in the boardroom.

The watch crown button on the side of the Urbane adds a touch of tradition and authenticity (it actually serves as a back button) and most early reviews have praised the watch's looks and comfort. In terms of dimensions and weight it's not actually that much different to some of its rivals but because the bezel size has been reduced there's more space for the display and whatever messages appear on it. Based on looks, the Urbane is the stand-out Android Wear smartwatch at the moment.

The Urbane is water and dust resistant, with an impressive battery life.

It's difficult to find an Android Wear device that ticks all the boxes as far as features go, but the LG G Watch has a go. There's IP67 dust and water resistance for example (up to 1 metre for up to 30 minutes) so it can withstand a few splashes or a heavy downpour. The hefty 410 mAh battery is worth a mention too, and should carry you well into a second day during use (the battery on the Moto 360, by way of contrast, is a 320 mAh one).

There's a built-in heart rate monitor on the back of the Urbane and it can record your steps and activity as well. With Google Fit included, keeping track of your health and fitness is very straightforward, though serious athletes are going to want something a little more advanced. The LTE version of the Urbane adds a bunch of extra features on top, including 4G connectivity and on-board GPS, but it runs LG's own software (not Android Wear) and is unlikely to go on sale outside Korea anytime soon.

Google Now is designed to bring you the information you need when you need it.

This isn't exclusive to the LG Watch Urbane but it does distinguish Android Wear from the Apple Watch and so it's worth mentioning. Notifications from third-party apps are one of the main uses for a smartwatch, of course, and these work with the Urbane out of the box; but Google Now's intelligent alerts system is even more useful, and it's almost as if Google's digital assistant app was built with wrist-based wearables in mind.

As you'll know if you've played around with Google Now before, it surfaces the information you're most likely to need at the time you're most likely to need it: flight delays, travel times, sports scores, upcoming appointments and more all magically appear on your wrist in an easily digestible format. Now that it works with third-party apps as well, Google Now is set to get even more useful.

Liked this? Check out our Android Wear tips and tricks