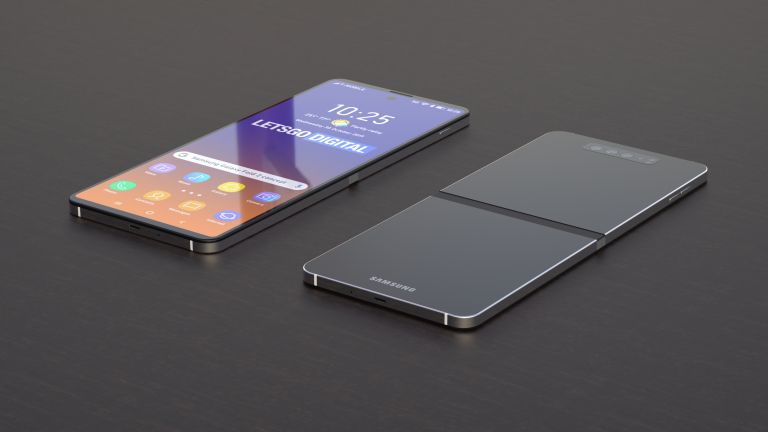 When Samsung Galaxy Unpacked was announced to take place on 11 February this year, we were always expecting to see the Samsung Galaxy S11 (or S20) unveiled at long last. However, we were also hoping for was another device to appear alongside it: Samsung's long-rumoured folding Motorola Razr-killer.

It appears we've got our wish. Netherlands fan site GalaxyClub found the words "Hubble-Bloom-Registration" in the URL for the Samsung Galaxy Unpacked launch event.

"Hubble" is a name we've heard before from Samsung leakers and fansite SamMobile, in connection to the Samsung Galaxy S11's new camera. It's expected to refer to the Hubble Space Telescope, with the camera due to pack 5x optical zoom as well as a recently-patented Samsung technology called Space Zoom, designed for astrophotography.

However, as we've long suspected the Samsung Galaxy S11 will make an appearance, it's "Bloom" that's really caught our eye in the URL. "Bloom" has previously been connected with Samsung's next foldable, suggesting both devices will be unveiled at the event next month.

Whether that's the Samsung Galaxy Fold 2 or it comes under a different moniker, we're not yet sure, but thanks to a plethora of recent leaks, it looks like Bloom will be Samsung's Motorola Razr-killing foldable, with a clamshell design.

We've already seen images of what we believe is the next-generation foldable in real life (see above), and it's easy to see the parallels between this and Motorola's 2019 headline-grabber.

While both use a clamshell design rather than the book-fold seen on last year's Samsung Galaxy Fold, Samsung have opted for a more modern version than Motorola's nostalgic design. The message is clear: this is a phone for the next decade. Which, coincidentally, is why Samsung Galaxy S11 is rumoured to actually be called Samsung Galaxy S20.

As Samsung looks to the next decade of phones, we're excited to see the future of foldables become a reality. Are you as excited as us? Check back here for all the latest Samsung news as we draw closer to Galaxy Unpacked.

Nationwide & International Text to over 200 countries in the world

If network is congested, users may notice reduced speeds / 600kbps mobile hotspot
View
at
Verizon Wireless
We check over 130 million products every day for the best prices
View All Deals
powered by