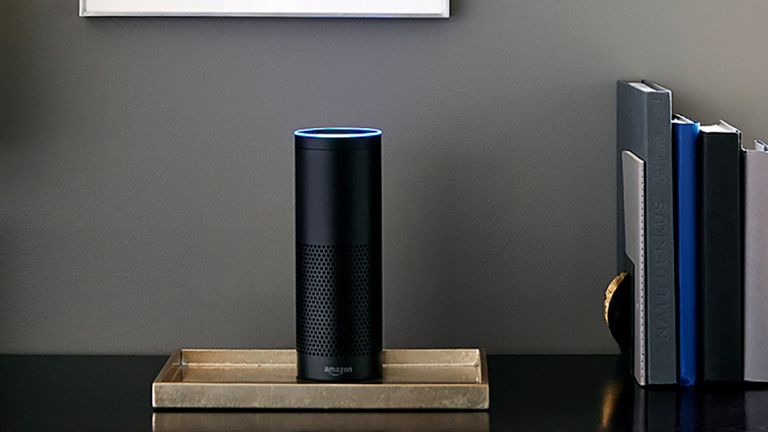 The Amazon Echo is what started the smart speaker craze that now has Apple taking care of the high-end with its HomePod. But it sounds like Amazon is hitting back with a new and improved Echo speaker, which is also what Google is rumoured to be doing - beefing up Google Home with better sound.

So what's around at the moment? First up is the Amazon Echo Dot. In our T3.com review, we called the Echo Dot a 'no brainer' to buy. It's a hands-free, voice-controlled device that uses Amazon's voice assistant Alexa to play music, control smart home devices, provide information, read the news, set alarms and more.

Amazon Echo takes the concept a step further - it's a hands-free speaker, great for music, radio, news bulletins and more.

And then there's the US-only Amazon Echo Show.  Headline new features include the ability to act as a digital photo frame, with the Echo Show pulling any pictures stored on a user's Prime Photos account, showing a song's lyrics on screen when a track is being played with Amazon Music, relaying video feeds from any connected security cameras, and in what will no doubt be the biggest sell to many, access to video and voice calls.

But there's a new Echo on the horizon

According to an unnamed source of Engadget the new Echo speaker has been built and is already in testing. It’s a step up from the original both in quality and design, claims the person who has seen it.

The new Echo will have a smaller form than the current tall speaker, more like four Echo Dots on top of each other. It will also ditch the plastic finish and flat top in favour of a more rounded aesthetic, all covered with a material. But there’s more being updated inside too.

The source claims the new Echo will feature more tweeters than the current model which has just one with a woofer for the low end. This is likely to compete with Apple’s HomePod which features seven tweeters for high quality sound.

The microphones are also being improved in some way, it’s claimed. How this is happening is unclear. Perhaps it will be a software upgrade that brings Amazon alongside Google Home, which manages to hear as well with just two mics compared to the Echo’s seven far-field microphones.

No pricing has been mentioned yet but a release date of this autumn is expected, so more details should leak soon.

If this offers quality akin to Apple’s HomePod but stays at the Echo price it will seriously undercut Apple. We’ll have to wait and see.