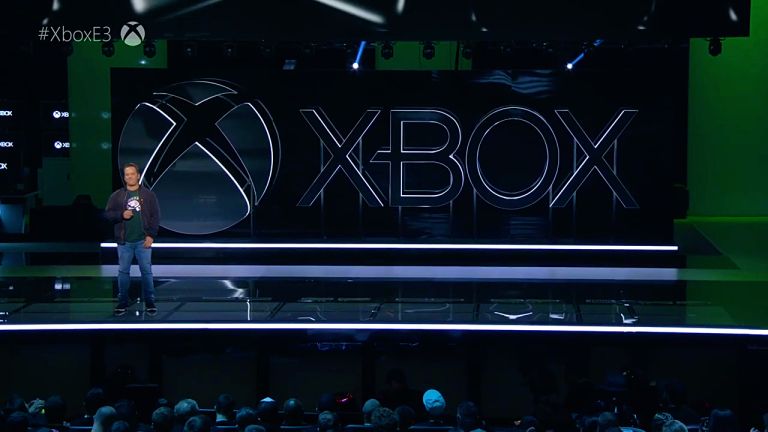 Microsoft has finally confirmed the existence of its next-generation home console, known as Xbox Series X. The successor to the Xbox One X has been rumoured for years, but the announcement during the Microsoft keynote at video game expo E3 marks the first time the Seattle-based company has confirmed its plans.

Xbox Series X will go head-to-head with the Sony PS4 Pro successor, which is planned for next year. Sony has already revealed a few scant details about the PS5 – set to launch worldwide next year – including that it will sport an solid-state drive (SSD) to dramatically boost load times.

Likewise, Microsoft will fit its console with an SSD for faster load times and saves. According to the company, this is one of a number of improvements that will make Xbox Series X the "most powerful and highest-performing console" it has ever built.

The new console will be four times more powerful than the current Xbox One X. The latter is powered by a 2.3GHz eight-core CPU coupled with 12GB of RAM. It also has a 6 teraflops AMD Polaris architecture – compared with 1.3 teraflops on the original Xbox One, the PlayStation 4's 1.8 teraflops and 4.2 teraflops on the PS4 Pro.

Xbox One X is already capable of running games at 60 frames-per-second in 4K with High Dynamic Range (HDR). As you'd expect, Xbox Series X will increase this to 120 frames-per-second, something Google has already pledged for its online-only gaming proposition Google Stadia.

Elsewhere, Xbox Series X will also support 8K-resolution playback, although Microsoft has not confirmed whether this will be limited to streaming video or include video games as well. The next Xbox will include real-time ray tracing to create more realistic lighting effects in three-dimensional environments.

Microsoft Xbox Series X will launch in time for Christmas 2020. As it stands, only one game has been announced for the launch – Halo Infinite. Microsoft has not revealed the design of the device or its complete specs.

Elsewhere, Microsoft also announced a new streaming service – known as Project xCloud – will be rolled-out worldwide in October. This Netflix-like service will kickstart with a preview that allows players to stream games from either Microsoft servers or their own Xbox One X console to their mobile devices, like an iPad Pro or a Huawei P30 Pro smartphone, instantaneously.

As well as news of its next console, Microsoft also previewed a number of games coming to its consoles, including futuristic action thriller Cyberpunk 2077, which was previewed by its star Keanu Reeves, and Blair Witch – a horror title based on the 1999 film The Blair Witch Project. Footage from Elden Ring, an original fantasy epic created by Game of Thrones author George RR Martin and Dark Souls director Hidetaka Miyazaki, was also revealed during the keynote presentation too.