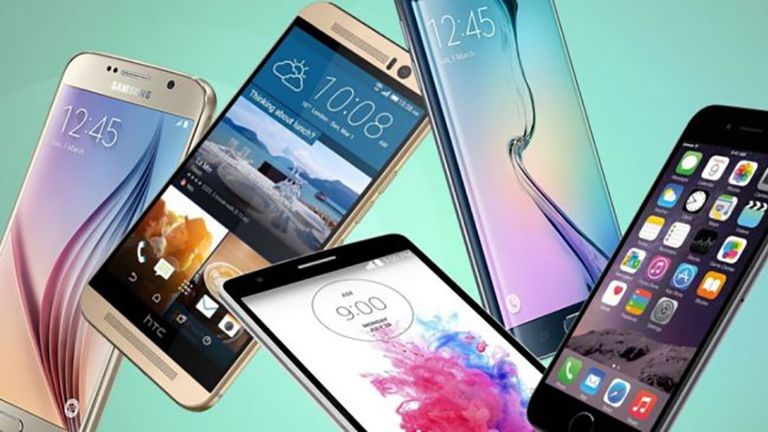 The experts say we check our phones about 150 times every day: and if you're going to get that intimate with a gadget then you need to make sure it's one you're comfortable with. But how do you pick the right handset from the slew of devices currently on the market?

Even sifting through the newest phones can be confusing, even before you get to the growing number of older handsets still on sale. Well, we're here to help: use our simple point-by-point guide to weigh up your options and choose the phone that's right for you.

This essentially comes down to a choice between phones powered by Android and the iPhone (running iOS), unless you're really into your Microsoft apps and want to throw your hat in with Windows Phone... and because Google and Apple have borrowed so many features from each other down the years, the difference isn't even that distinct any more.

Broadly speaking, Android is more customisable and versatile, while iOS is more streamlined and stable: the latter is fantastic if you like Apple's way of doing things, but not so fantastic if you don't. In terms of apps there's nothing really to choose between them any more, though new and experimental apps still tend to appear on Apple's platform first.

Rightly or wrongly, it's often easier to just stick to what you already know best. Because Google's apps and services live in the cloud, it's usually more straightforward to switch from Android to iOS than vice versa - if all your stuff is locked into iTunes and iCloud then it can be a chore getting everything out of Apple's services and into the equivalent Google ones.

Every new smartphone launch is accompanied by a long list of specifications but they're not overly complicated once you know what you're looking for. For example, the smartphone processor - often listed in terms of number of cores and gigahertz (GHz) speed - indicates the raw power of the phone and how quickly it's going to run your games and apps.

The RAM or memory on a handset is how much room it has to think about multiple tasks at once (the higher the better) while the storage space (also measured in gigabytes or GB) is the amount of room you have to store music, movies, photos and other files. The bottom line price is perhaps the best indicator of just how powerful a particular mobile is.

As far as battery life and camera quality go, spec lists can only tell you so much: check reviews of phones you're interested in to see how these features stand up in the real world. Battery capacity is measured in milliampere-hours (mAh) and indicates how much charge a battery can hold, although other components (like the display) affect battery life too.

Most phones are defined by their screen size and this is another important question: what size mobile are you comfortable with? The trend is for larger handsets and you may find you get used to a bigger phone more quickly than you expect. The display resolution and pixels-per-inch (PPI) indicate how sharp the display is on a particular handset.

Although most phones are leaning towards the all-metal unibody look now, the aesthetics of a phone are still important to a lot of buyers: in 2016 your choice of colour is usually more distinctive than your choice of handset but there are still a few devices out there that buck the general trend (take recent Motorola phones, more customisable than most).

There's a host of other features to look out for: waterproofing, wireless charging, microSD support (so you can expand the internal storage) and the option of a removable battery, plus newer innovations such as 3D Touch and always-on displays. Then of course there are the accessories - hello Gear VR - which are becoming more and more important.

There's little point in picking your dream phone if you can't afford it and price plays a big part in the decision-making process for a lot of us - in fact it might be the most important factor when choosing a new phone. Fortunately there are plenty of older handsets and special deals around to take advantage of (Apple still sells its older iPhones, for example).

As we've already mentioned, picking through reviews is a must, as is a basic understanding of the smartphone calendar (Samsung usually launches new handsets in February or March at Mobile World Congress for example). The vast majority of phones out there are decent ones - just avoid going too cheap or you might be buying another in the near future.

Don't overthink it though: have some fun browsing through the stack of handsets available to you and don't rush into anything. Chances are you're going to be spending a long time with the phone you pick so it's worth the time and effort you invest to make the right choice - the mobile section of the T3 website is a good place to start your research.