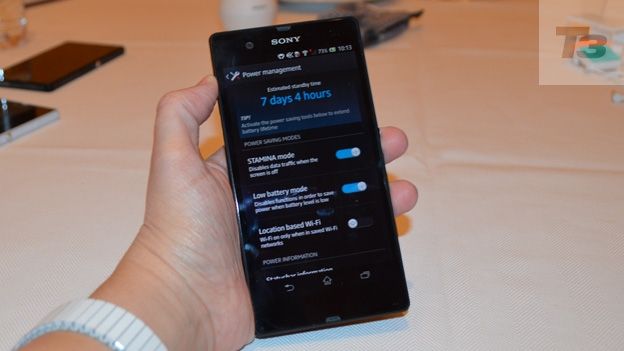 Optimising new versions of Android for existing phone sure seems to take a while, but Sony is now unleashing Jelly Bean for some of its Xperia handsets

Sony has announced the Android Jelly Bean release schedule for the first batch of Xperia smartphones.

In a post on the Sony Mobile blog, the company said the Android 4.1 update is now rolling out to the Xperia T and Xperia V devices, while the Xperia TX will get the software bump next month.

Sony says it has been "been working to blend our Sony Xperia software with Google's Jelly Bean release to create optimum user experiences," while the roll out will also feature upgrades to some of Sony's own apps and services.

Along for the Jelly Bean ride will be improved Walkman, Album and Movies applications, which Sony claims will bring a "slick, easy-on-the-eye library that lets you view and access all your snaps, videos and tunes in one place."

There's also improvements to the camera viewfinder, allowing for one-touch switching between front and rear cameras, while there's also a new search function within the application tray and auto-resizeable homescreen widgets.

As soon as Jelly Bean 4.1, which also brings the likes of Google Now and Project Butter into play, lands on the respective devices, users will receive a notification, allowing them to download the update over the air.