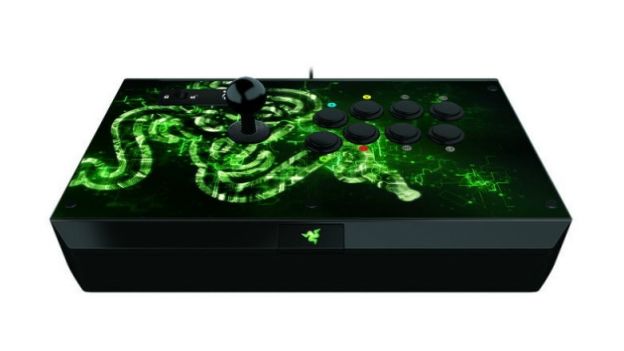 Razer has unveiled its new arcade fighting stick for the Xbox One to kick off this year's EVO - the largest fighting game tournament in the world.

Hardware company Razer is giving Xbox One gamers the ultimate weapon to battle it out at this year's Evolution Championship Series fighting game tournament in Las Vegas.

The Razer Atrox Arcade stick is a $200 machine complete with eight buttons, a joystick with a ball top and a bat top, a detachable USB cable, and a neon-green Razer design.

It's been built with modders in mind with the controller opening up and allowing gamers to customize and change button locations.

"We designed the Razer Atrox Arcade Stick for Xbox One on the same principles that made the Razer Atrox for Xbox 360 so popular amongst the fighting game community," Min-Liang Tan, Razer co-founder and CEO, said in a statement.

"Professional gaming is growing rapidly into a global phenomenon, and gear like the Razer Atrox Arcade Stick for Xbox One will help fighting game players everywhere dominate the opposition in style, match after match."

The stick, which also includes an interchangeable top plate and honeycomb interior structure for easy component screw mounting, will go on sale worldwide next month.