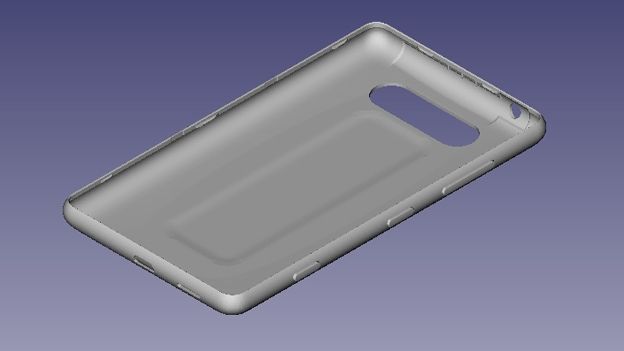 In what appears to be a first in the mobile phone industry, according to Nokia, customers are handed creative-license to tailor-make Lumia 820 phone cases

Mobile phone manufacturer Nokia has released a 3D-printing development kit that includes mechanical drawings, 3D templates and specifications that can be used to print your very own custom Lumia 820 case.

The Nokia Lumia 820 is already available in a variety of colours and includes a user-removable back cover, but the Finnish mobile giants are taking mobile phone personalisation to the next level by embracing the 3D printing community.

Alongside the necessary files, Nokia has released a number of their own concept suggestions, including a built-in belt clip, an attachment point for camera accessories, car and bicycle mounts, and backpack hangers.

In an interview on the Nokia conversations blog-site, John Kneeland, a Nokia Community and Developer Marketing Manager, described this as the next big step in mobile phone personalisation: “I view this as the spiritual successor to the great granddaddy of customizable phones, the Nokia 5110 and its rainbow collection of removable faceplates. To think, it's been 15 years since the 5110 launched! I still remember using and loving its American cousin, the 5120.”

“In the future, I envision wildly more modular and customizable phones. Perhaps in addition to our own beautifully-designed phones, we could sell some kind of phone template, and entrepreneurs the world over could build a local business on building phones precisely tailored to the needs of his or her local community.

“You want a waterproof, glow-in-the-dark phone with a bottle-opener and a solar charger? Someone can build it for you, or you can print it yourself!”

Nokia have only released templates for a simple phone shell, but using the mechanical drawings the customer can modify the case to take any shape, 'limited only by imagination.'