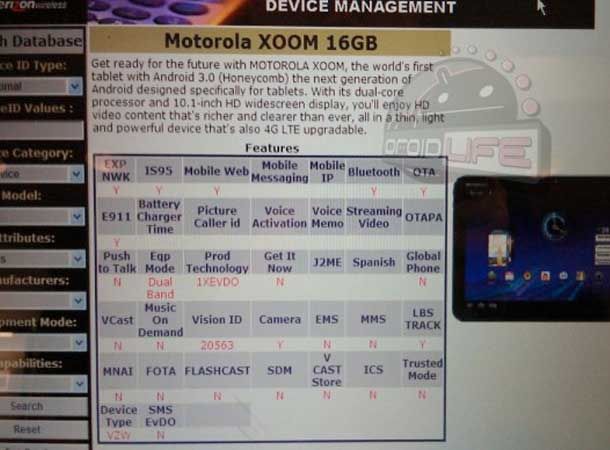 Verizon getting Motorola Xoom 16GB first, but will it launch outside of US?

The Motorola Xoom is currently only up for grabs with 32GB of storage. But a leaked memo from US network Verizon suggests a pared-down 16GB edition could be on its way.

The new effort looks set to debut across the pond first, with the memo (pictured here) claiming that it will be upgradeable to Verizon's 4G LTE network. However, with Moto already pulling the trigger on a more affordable Wi-Fi-only 32GB model, chances are a 16GB Wi-Fi Xoom is also on the cards.

The move certainly makes sense for Motorola. Although it's gone toe-to-toe with the iPad on price, it's not got an affordable model to go up against Apple's £399 entry-level slate. Neither have sales been that impressive, with analysts claiming the Xoom has only shifted a measly 100,000 since launch.

Would a cheaper 16GB Motorola Xoom tempt you to open your wallet? Let us know now on our Facebook and Twitter pages.