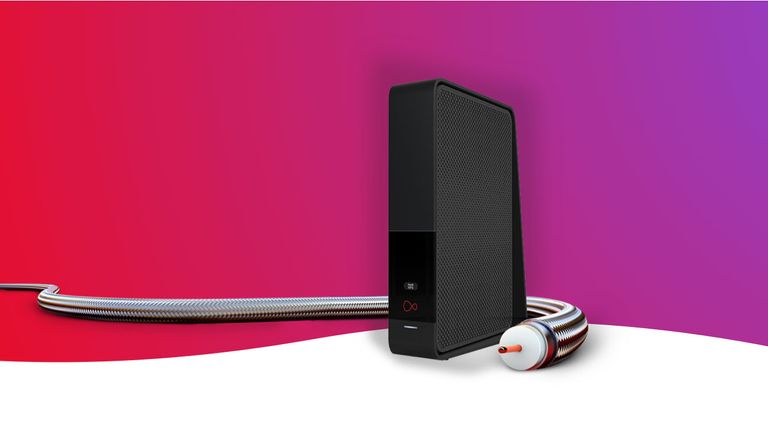 if you're a Virgin Media customer, we've got some great news for you. Although the internet provider is sometimes beaten out when it comes to value, it does offer excellent broadband speeds, ranking among the fastest providers in the UK.

And it's about to get faster, because Virgin Media is giving approximately one million customers a free broadband upgrade, promising even more reliable streaming and faster download speeds than ever before.

The resulting upgrade will elevate the broadband speed for eligible users mostly on Virgin Media's M50 package, raising their speeds to equal those of Virgin Media's M100 package. The speed for this package is currently listed as an average of 108Mbps, but Virgin is expected to significantly raise broadband speeds for those on lower tariffs to hit this mark more consistently.

Up to half of those eligible could see their broadband speeds double, while some customers, previously saddled with poor connection speed, might even see theirs increased fivefold as a result of the change. It certainly beats the constant buffering you're getting during your attempted binge-watch of The Witcher.

How do I get the upgrade?

If you're eligible, Virgin Media will contact you, updating your speed automatically and sending you a notification on completion, so there's even no need to go hunting around in the terms and conditions.

The ISP's executive director of community, Annie Brooks, said: “We’re starting 2020 with a broadband bang by rewarding our loyal customers with this free speed upgrade so even more people can experience our ultrafast, future-proof connectivity."

To put the upgrade in real-world terms, your new internet speed will allow subscribers to download a HD film (around five gigabytes) in as little as a few minutes, while a console copy of Fortnite (around 31.4 gig) would take around 45 minutes to download.

Virgin media M100 Fibre Broadband and Phone | was £33 per month| now from £27 per month for 12 months
The M100 package is well worth looking at if you're interested in switching. With 108Mbps download speeds and 10Mbps average upload speeds, you can now snag 12 months of this deal for £6 per month less than you'd normally pay. View Deal

While higher speeds aren't going to eliminate wifi blackspots – you'll need a good mesh network for that – it's good to know Virgin is committing to maintaining a good standard of service across the UK.

However, BT also began rolling out a free superfast upgrade in October last year, to around 700,000 customers. This upgrade remains great for members of Virgin's MB100 plan, who can look forward to superfast service at no extra cost, but the ISP is only keeping pace with the competition rather than blazing a trail in its own right. Shop around to find the right deal for you.