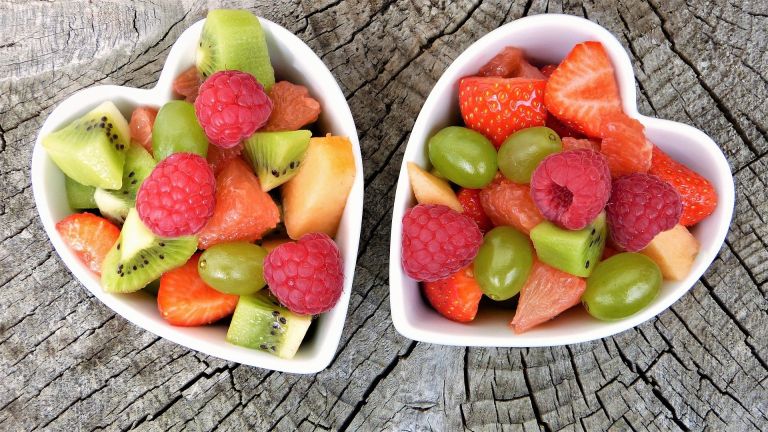 The paleo diet is one of the big 'buzz' diets of the last few years although it's arguably now been surpassed by the Keto diet, Have you ever wondered what it would be like to eat like a caveman? Perhaps not, but as well as helping you lose weight, paelo will also help you find that out as well.

The paleo diet, or Paleolithic diet to give it its full title, is a diet designed to mimic that of people who lived in the Paleolithic era of history. Clever, right? The Paleolithic period began around 3.3 million years ago, but what’s important in the context of the paleo diet is that it was a time when food was sourced by hunter-gatherers, rather than by going to Tesco.

We don’t know exactly what our prehistoric ancestors ate, but researchers believe they ate whole foods, which means food that is unrefined, with no additives. That’s a pretty sensible guess given they didn’t exactly have the technology for much food-processing.

The concept of the paleo diet is that because Paleolithic people didn't have ways of processing and adding to food like we do today, they avoided many of the health problems we face in the 21st century. Today, scientists and nutritionists associate multiple diseases, diabetes, heart disease and obesity to name a few, with poor diet.

Foodspring Paleo Bar Mix 12 Pack | Get a box from Foodspring for £24.99
Probably the most convenient way to get your Paleo snacking right. The Foodspring Paleo Bar contains 100% organic natural ingredients and has no added sugar in it. Also, it has been precise engineered and manufactured in Germany, not in a dodgy third-world factory who knows where. Even better, it's now £5 off!View Deal

How does the paleo diet work?

Because we don’t know exactly what our ancestors ate, and because what they ate would depend greatly on what was readily available to them based on location and season, the overarching concept that 21st century paleo dieters should stick to is to only eat whole foods and avoid processed foods.

There is no calorie counting. Instead the Paleo diet removes food groups typically high in calories, such as carbohydrates.

Although there is no calorie counting, as with any method of weight loss the Paleo diet seeks to reduce calorie intake. This is because weight loss ultimately boils down to consuming fewer calories than you burn – also known as a calorie deficit.

On the Paleo diet calories are reduced by avoiding sugary and high fat foods. Instead Paleo diet foods are low in fat and high in protein (on average you should look for 25 - 30% of your calories to come from protein if following the Paleo diet), which helps you burn fat and build lean muscle mass.

Studies have shown links between overeating processed foods that are high in things like salt and trans fats contribute to diseases like diabetes and heart disease, as well as weight gain. In theory, by only eating naturally-occurring, whole foods, our prehistoric ancestors were less likely to develop these conditions, and more likely to have have low BMIs (although they wouldn’t have called it that, of course).

FitBit Aria 2 smart bathroom scale | was £119.95 | now £79.88 on Amazon
This clever scale tells you your weight, BMI and body fat percentage – which is all a lot of people want. It then reports this to your Fitbit account, so you can monitor your weight trends and use it alongside your Fitbit wearable's daily calorie-burn estimates. Add MyFitnessPal or Fitbit's own dietary features and you can then sync your meal-plans, daily calories consumed and weight goals, if you want.View Deal

What foods are allowed on the paleo diet?

Paleo diet foods are foods that were available to our prehistoric ancestors and so should be naturally occurring and unprocessed. Meat and fish, fruit and vegetables, potatoes, nuts, seeds and eggs are all allowed, as well as herbs and spices and oils to help flavour your food.

It’s recommended that you opt for grass-fed animals and organic produce where you can, but it depends on how strict you’re being (and the price tag).

If you’re not being too strict and know that you'll cave if you can't occasionally indulge in a treat, the recommended treat options are red wine and dark chocolate.

Try ClassPass today | Get the first month for FREE
ClassPass is a monthly membership to over 30,000 fitness studios and gyms around the world. Mix and match your monthly credits and pick a class that suits you – or just try a new class every time. Even better, up to 10 credits roll over every month so you don;t have to worry about losing your hard-earned money. Sign up for ClassPass today, first month is FREE!View Deal

What foods should you avoid on the paleo diet?

The main food groups to avoid when following the paleo diet are grains, most dairy (anything that needs to be pasteurised or processed is not a paleo food), non-naturally occurring sugars and vegetable oils. In reality this does equate to a LOT of food, as many packets, jars and tins that you’ll pick up off a shelf in the supermarket will contain sugar or salt additives at least.

It will be considerably easier to follow the paleo diet if you start shopping in smaller shops like butchers and greengrocers, and avoid anything that comes in a packet, particularly if there’s an ingredient you can’t pronounce. You might be a little surprised to learn this includes dried beans, pulses, lentils and other seemingly very healthy things. But if a food wasn't available to Captain Caveman, it's not available to you in this diet.

The paleo diet is not specifically designed to be low-carb, but naturally given these restrictions you will find yourself consuming far fewer complex carbs.

What do users say about the paleo diet?

A significant difference between paleo and other diets is the absence of calorie counting. This means that there is no restriction on how much you eat, but instead a focus on what you eat. As a result, users describe the paleo diet as filling, without issues with hunger associated with other diets, such as the military diet or intermittent fasting.

One user, Sharon, told us that following paleo has given her “loads of energy,” and that she feels "no hunger or cravings as [the] food is lovely." She also experienced “gradual weight loss”.

What does science say about the paleo diet?

The concept of the paleo diet is relatively new, but studies have been conducted to see how effective it is for weight loss.

One study found that a group following the paleo diet lost an average of 2.3 kgs and 1.5cm from their weight circumference after three weeks. It’s important to note that the sample size was only 14 people.

Another study, which looked at 70 woman over a period of two years found that the half who followed the paleo diet lost twice as much weight within 12 months as the half following a low-fat, high-fibre diet. What’s especially interesting is that the women were assessed again after a second year and while both groups had put some weight back on, the paleo dieters lost 1.6 times more weight overall. It should be noted that this study was specifically on middle-aged women deemed to be 'obese'.

Paleo is not by any means an easy diet to switch to. While staying away from 'processed foods' sounds like a great idea, in this context it includes milk, flour, lentils and plenty of other staples of the western diet.

The paleo diet can be difficult to stick to due to the lack of fibre and higher prices of some of its staple ingredients. There have also been no large-scale, long-term studies that demonstrate its effectiveness or which have looked into potentially negative effects of the paelo diet. However, there is plenty of anecdotal evidence from people who have stuck to the diet that it can help with weight loss.