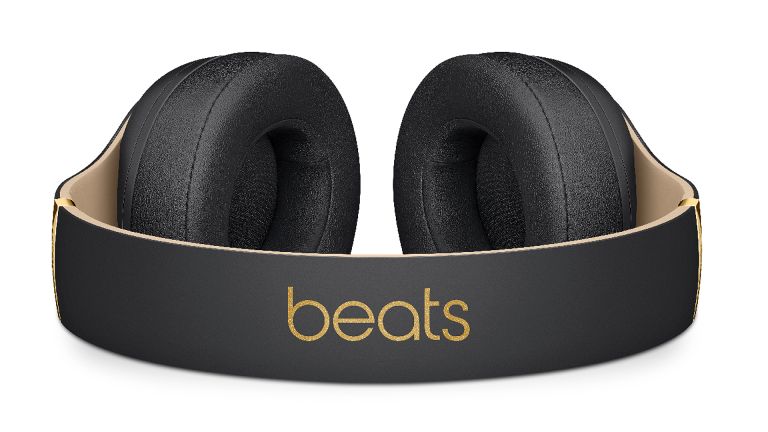 Having had an admittedly brief demo from Beats prez Luke Wood, I'd say they're also probably the brand's best cans ever, and more than worthy of a place draped artfully on the heads of the world's top music and basketball stars.

This is a new kind of Beats, addressing many long-standing criticisms of the brand.

They sound less processed and unnatural than many previous of its headphones (despite the amount of processing that's actually going on to quell noise and so on). I wouldn't describe them as excessively bassy, and at £299 you can't really call them overly expensive either, as they're priced in line with the most popular noise-cancelling cans on the market.

The headline tech here is what Beats insist on calling Pure ANC – 'Pure Adaptive Noise Canceling'. Developed in conjunction with Apple, this genuinely does feel like a step forward from what I've heard before.

To save time, I'm just going to repeat verbatim what Beats claims and then give my thoughts on it.

Pure ANC employs 'advanced algorithms to continuously monitor your listening environment, so that it can best block out ambient noise – not only on an airplane, but also in a noisy café or a busy office. Pure ANC also evaluates fit and adjusts for leakage caused by hair, glasses, different ear shapes and movement of your head as you go about the day.'

From the demo I had, this appears to be a realistic claim. With a variety of background sounds from a 747 to chit chat and hubbub recorded live at the Beats office cafeteria, if you please, the Studio3 shut it all out.

Much more impressively, it even dealt with wind or, at any rate, a fairly powerful fan placed very near my face. Because noise-cancelling cans use outward-facing microphones to monitor background noise, wind is usually their nemesis – that's even true of Sony's market-leading MDR-1000X. Beats appears to have cracked it although, okay, it was only a fan in this demo.

Oh, and I wear specs, although my musical enjoyment is happily unhindered by hair, and that didn't seem to negatively impact the noise cancelling either.

Another slightly extraordinary claim Beats makes is that 'Pure ANC simultaneously checks what you’re hearing while noise cancelling is applied against the original music content to adjust and ensure optimal audio fidelity'.

In other words, the headphones 'listen' to what comes in, digitally sampling it 'up to 50,000 times a second' and adjusts the end result to perfectly match.

Obviously I have absolutely no way to check this scientifically, but I can say this: the music through the Studio3 appeared to sound very very similar with noise cancelling (sorry, 'Pure ANC') turned on, compared to what it sounded like with it off. That is totally different to the likes of such beloved cans as the Sony HDR-1000X, Bose QC35 and Meters OV-1, where the sound changes very noticeably.

Elsewhere, there's a maximum 22 hours of battery life with Pure ANC on and 40 with it off. Beats' 'Fast Fuel' system gives a very handy 3 hours of playback from just 10 minutes of charging via micro USB. That's enough to get you back from IFA in Berlin, to London.

There's also rapid pairing with iOS devices via Apple's W1 chip. Other devices can pair perfectly happily via boring old Bluetooth, even if that's not quite as slick.

As usual on this type of headphone there's on-ear controls and a built-in mic to make calls, skip songs, control volume and activate Siri. Thankfully, the physical controls are buttons rather than the touch controls found on some recent high-end cans.

The usual stylish Studio series look has by now been honed to a high-gloss sheen of seamless plastic and metal.

The colours this season are black, white, blue and red as well as the special editions in 'Porcelain Rose' and 'Shadow Gray', with tastefully muted gold accents.

The Beats Studio3 Wireless is available for purchase from today for £299.95.