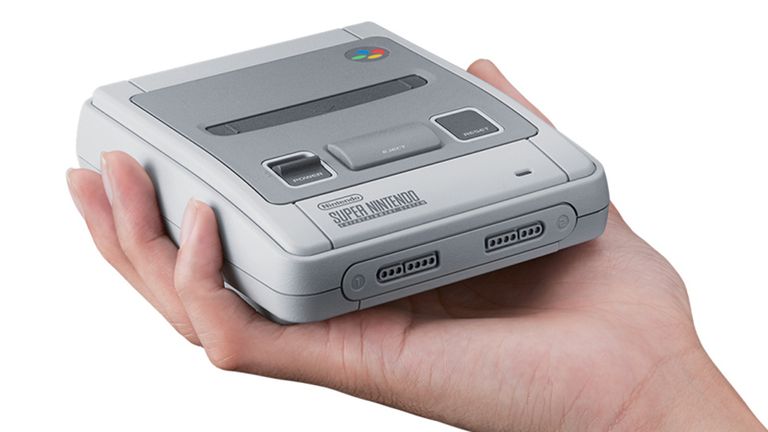 Nintendo has enjoyed a monumental success with its nostalgia-drenched NES and SNES Classic Mini consoles – shifting more than 10 million units between them.

The retro home consoles, which are significantly smaller than the 1986 and 1992 originals and come preloaded with a slew of popular games, reignited interest in pixelated classics and convince Sony to build its me-too PS Classic console.

Unfortunately, those who still want to get their hands on the NES Classic and SNES Classic Mini before Christmas will need to act fast as Nintendo has confirmed that it's no longer building the retro gaming machines and that once the existing stock has sold-out, then "they’re gone" for good.

The comments were made by Nintendo Of America President Reggie Fils-Aimé during a recent interview with the Hollywood Reporter.

Fils-Aimé confirmed neither the NES Classic, or the SNES Classic Mini will be restocked after the Christmas shopping rush this year.

"We’ve also been clear that, at least from an Americas perspective, these products are going to be available through the holiday season and once they sell out, they’re gone. And that’s it," he said.

Given that Reggie Fils-Aimé previously described the NES and SNES Classics as "limited time opportunities" designed only to help bridge the gap between Wii U and Nintendo Switch, this isn't the most shocking development.

But it's crucial for anyone who has so far refrained from buying one of these nostalgic consoles – and doesn't want to miss their chance.

Elsewhere, Fils-Aimé told the Hollywood Reporter that the NES and SNES represent "the extent of [Nintendo's] classic program" – quashing long-rumoured plans of a N64 Classic or GameCube Classic console in the future.