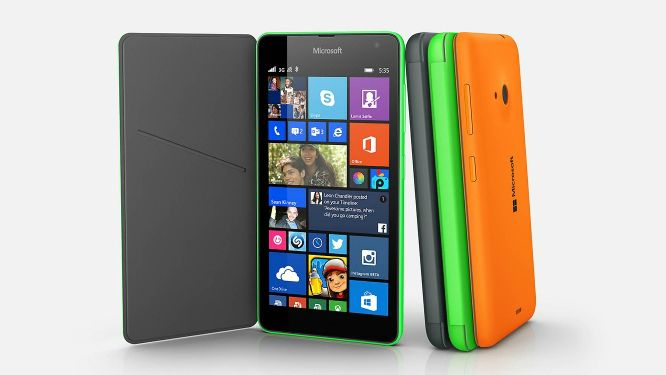 Windows fanboys have been waiting a while for a flagship handset to come along, but Microsoft just keeps pumping out budget devices. Now some leaked specs suggest that two high-end phones are in the works that may be capable of making a mark in the mobile sector.

Since Microsoft dumped the Nokia brand in favour of the Lumia brand, we've hardly seen much to shout about from the phone maker. The same old sub-standard devices have come and gone, much like the Lumia 640 and Lumia 640 XL handsets we saw in March.

But new leaked specs suggest a couple of high-end Lumia phones are coming. Unleash The Phones reports that the 'Cityman' and the 'Talkman' are the dynamic duo in the pipeline. To add credit to this leak, we heard these codenames last year in a leaked Microsoft roadmap.

Meanwhile the Talkman isn't as flashy, packing a smaller 5.2-inch display (with the same QHD resolution) and a slower hexa-core Qualcomm processor, although the rest of the specs will match up with the Cityman.

On paper, these look like two pretty capable phones and something Windows fans would be proud to flaunt around the office. They could very well be the flagship phones that Microsoft promised at MWC 2015.

As for a release date, we know that Microsoft is holding off until Windows 10 has been unleashed – which could be any time from summer onwards.

What do you reckon? Like the sound of these Lumias or not? Let us know in the comments.