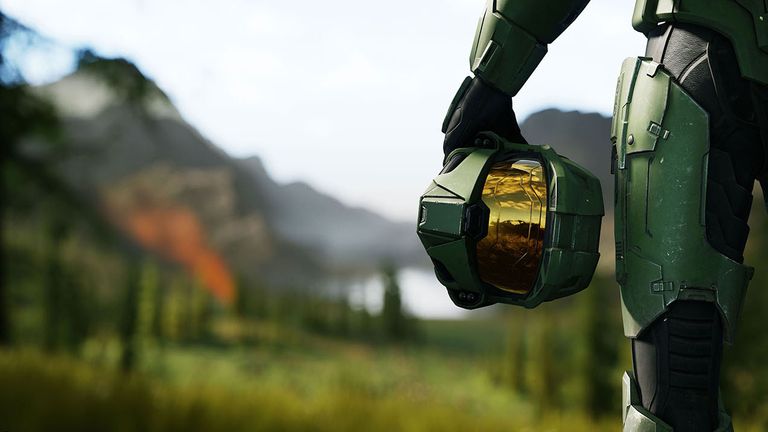 Microsoft's next Xbox, the Xbox Series X, is coming.

Most importantly, though, you should be hyped as the Xbox Series X console is primed to land along with some of the most exciting games coming out over the next 5 years.

And, while some of these games will no doubt find their way onto Sony's next PlayStation console, the PS5, considering that it has been confirmed that there will be no new PlayStation until 2021 at the earliest, it look like the Xbox Series X will be the place to play these awesome titles on next-gen hardware first.

What follows is a list of five games that we already know are incoming that we would love to play on the Xbox Series X. From established IPs, to cross-generation AAA stunners, and onto pioneering exclusives, these are Xbox Series X games you should look forward to playing in 2020 and beyond.

By the time that Bethesda releases Fallout 76 later on the year, it will have been seven years since The Elder Scrolls VI: Skyrim was released, and gamers the world over will scratch off another year where they won't have had any new Elder Scrolls fantasy open-world RPG goodness.

There is good news though this year, as Bethesda did officially announce the next Elder Scrolls game at E3 2018, with a short but sweet teaser trailer showing what could be a new unexplored area on the continent of Tamriel, or maybe on the continent across the sea, Akavir.

One thing is for sure, though, with the series' taste for super big open worlds, large draw distances, and eye-popping graphical effects, there would be no better system to run the successor to Skyrim than Xbox Series X.

CD Projekt, the wizards behind the awesome The Witcher series of games, won E3 2018 with an awesome, albeit behind closed doors, press demo of its next game Cyberpunk 2077.

Cyberpunk 2077 is super slick looking new first-person RPG set in a futuristic, dystopian California. The game offers an open world and allows the player to choose from eight different "Edgerunners", operatives that serve society in Night City (the fictional setting for the game's story) and then control and customise them as they see fit. According to decisions the player makes, various alternate endings are possible.

From what we've seen so far we've been blown away by Cyberpunk 2077, which is more than likely to make the end of this generation of consoles - most likely next year in 2019.

But a re-release soon after in 2020 designed to make use of the Xbox Series X's insane power would be amazing, as it would let console owners keep pace with the PC version of the game running on one of the best gaming laptops or best gaming desktops.

When Halo Infinite was announced at E3 2018 with a new engine tech demo only one thing ran through our minds here at T3.com. That Halo Infinite is going to be a launch exclusive for Xbox Series X.

Why? Simple, no game maker spends a fortune and a dump truck load of time to create a new video game engine at the end of a current console generation. It simply makes no sense, as the limitations for a console have, by that point, long being determined and exploited.

As such, that stunning engine is almost certainly designed to exploit the awesome power locked inside the Xbox Series X, no doubt being built right now with a series of those much-rumoured next Xbox dev kits.

How well will Halo 6 run on Xbox Series X? Well, going off comments made by Xbox boss Phil Spencer, who has said that a focus for Series X is higher frame rates, then previous reports that the next Halo game would run at a 4K resolution and 60 frames per second suddenly gain a lot more weight.

RAGE 2 is already confirmed as coming out on both PS4 and Xbox One, as well as PC, however, the  frenetic, hyper-violent and - interestingly - open world first person shooter that smashes together the gunplay of Doom with a Borderlands and Mad Max aesthetic, would look and run even better on Xbox Series X.

The original RAGE, which was released back in 2011, was well ahead of its time in terms of engine tech, and from what we've seen so far of RAGE 2, it looks like that engine has been taken to a simply awesome new level of fidelity. Just imagine then what could be done if RAGE 2 was released in 2020 for the next Xbox?

4K, HDR, 60 FPS+ Rage 2 with next-generation particle effects and crazy high-definition textures? It would be worth the Xbox Series X pre-order alone.

More than 5 years have past since GTA V hit video game consoles and, following  Red Dead Redemption 2's release toward the end of this year, Rockstar Games won't have pushed a main new GTA game for six years.

Now, considering the development times needed on these open world behemoths, that means we're guessing that we should expect to see GTA VI in either 2019 or 2020. If the game does release in 2019 on Xbox One, likely with extra frames or a higher resolution unlockable by running it on Xbox One X, then we'll see a separate re-release for the launch of Xbox Series X.

And, naturally, with GTA 6 then capable of drawing on the next Xbox's awesomely powerful hardware, the game would look truly awesome. We can't wait!