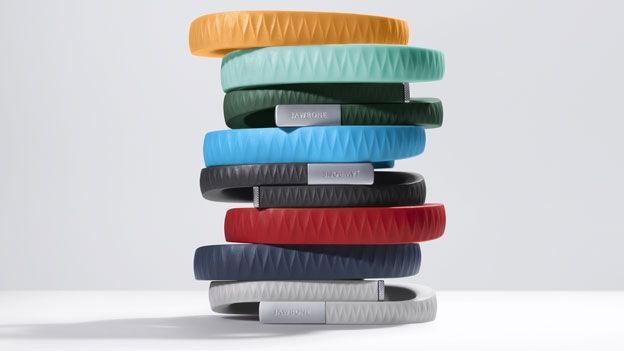 The Jawbone UP is back. It wants to help get you moving more living healthier but have the kinks been ironed out from the first gen?

Fitness and health tracking devices are coming thick and fast. From the Nike Fuelband and the Fitbit Orb to the Body Media Fit and beyond, the tech industry is full of tools to help us lead healthier lives. The second generation Jawbone UP with its ability to track activity, sleep and diet is one of these tools.

The wrist worn health tracker is the follow up to Jawbone's troublesome first UP launched back in 2012 which saw build quality and functional problems lead to a recall of some of the original devices.

While not everyone encountered problems this updated device aims to correct a lot of those issues and as a result the new UP has been given a fairly comprehensive overhaul with changes to the wristband design and completely new look to the partnering app software.

Jawbone UP: Design and build

By Jawbone's own admission, the aim with the UP was to create 'a device that you could wear all the time, even forget you're wearing.' It's certainly true that for these health tracking devices to really work, they have to be easily integrated into your lifestyle.

A solid range of colours and a sharp looking design means the new UP answers the first part of that challenge – the style question - well. There's everything from subtle black through to overstated red and during our test plenty of people made positive remarks about the overall aesthetics.

The only real gripe we had when it comes to fashion was that it failed to fit comfortably under the cuff of a shirt. So if you're a suit wearer this might cause problems.

Compared to the rigid Nike Fuelband, slipping the UP on and off is far easier. The Jawbone UP is built to be supple yet sturdy and survives a heavy amount of twisting and bending, making it feel far more resilient and hard wearing than the Nike competition.

When it comes to comfort, it rests nicely on the wrist and you do find yourself forgetting it's there during the day. During the night when you're in bed it's a different story.

We found keeping it on at night a little strange, a little bit like going to bed with your socks on. While the metallic ends tend to leave fairly uncomfortable impressions on your wrist by the time you wake up. They're also fairly scratchy for a partner but we won't delve too much into that.

The lack of a digital display also feels like a missed opportunity. Not only does this mean you have to fire up the app and sync the data to see your up-to-date progress, it also doesn't tell the time which are both really neat features of the Fuelband .

The companion app has been fully rebuilt and is currently available on iPhone and Android with Jawbone promising to add other app ecosystems if and when the opportunity is right.

We tested our UP in tandem with the Android version of the app and found it clean and simple to use. The navigation is clearly sign posted and the data displays throughout the app are well presented and simple to read.

One major problem is the lack of wireless sync. Updating the app with your data is done by plugging the bracelet into your smartphone headphone socket. Even then it doesn't sync automatically when you open the app. You still need to hit a sync button. With the advent of Bluetooth 4.0 we'd expect this all to be done over the air.

Another gripe is that you need a data connection to view past data in the app. While we wouldn't anticipate being able to view your entire timeline locally, other fitness apps like Endomondo, leave at least a fortnight's info at your fingertips without needing to be hooked up to the cloud.

The UP app does come with social tools that let you build a network of friends from within the community of UP owners and you can choose which data you want available from sleep, steps and workouts, food and drink and mood.

However, it doesn't benefits from being within a wider fitness ecosystem in the way the Nike Fuelband lets you use other more advanced Nike tracking products like the Nike+ running app and the Nike+ Sportswatch to build a fuller picture of your activity and fitness.

Instead your other workouts and fitness activities have to be manually logged and the measurements are a bit rudimentary. For example you make a subjective decision and tell the app whether your workout intensity, choosing levels from easy to gut busting. That's a lot less accurate than we'd like.

Within the app you also get daily tips to help you improve your well being. These are nicely tailored to your specific data and more often than not they offer useful information and timely pep talks to help you stay on the right track.

The set up for the Jawbone UP was remarkably simple and quick. All you need is your smartphone, the wristband and internet connection. No need to fire up the PC as everything is done between these two and the instructions are straight forward. In total it took about 15 minutes tops to get going.

One of the big advantages of the Jawbone UP over the Fuelband is its ability to monitor your sleep. It works by using an accelerometer to track movement and detect whether you're experiencing light sleep or deep sleep, plus identifying periods where you wake up during the night and how long it takes you to nod off.

However, you have to remember to switch sleep mode on by pushing a button on the bracelet when you get into bed. In our experience this is easily forgotten.

The problem here is that the device needs to differentiate between periods where there is no movement and the times when you're actually going to sleep.

Other devices like the Body Media Fit do this by monitoring other data like galvanic response – or skin temperature. In the absence of that what we'd like to see with the Jawbone UP is a setting in the app that lets you allocate a rough time for when you usually go to bed on week nights and weekends.

You can also set a Smart Sleep Alarm in the app. This triggers the bracelet to vibrate on your wrist and wake you when you're in a state of light sleep, within thirty minutes of the time you set. The idea here is that it's better to wake from light sleep than deep sleep, leaving you starting the day brighter.

The vibration takes some getting used to but it does wake you and offers a great silent alarm – leaving your partner free to sleep on. However, one thing that confused us is that once set, the Smart Sleep Alarm goes off even when you've forgotten to put the device in sleep mode. This surely casts some doubt over the accuracy of how it detects light sleep.

Before we start with the Jawbone UP, it's important to remember one thing: diet logging is virtually impossible to do well. Every fitness device and diet app we've tested struggles with accuracy and simplicity. This is recognisably tough to do right.

While the Jawbone UP has a bloody good crack at it with the inclusion of a barcode scanner that has intermittent success and an extensive database of foods from everything like McDonalds to individual fruits, it's still unwieldy and fraught with difficulty.

Logging a simple breakfast of porridge, two lattes with sugar, an orange juice, two glasses of water and an apple, easily took 10 minutes. This might well be worth the effort if you could guarantee the accuracy of the calorie consumption information but more often than not, you can't.

The major downfall here is that the more you make your food from scratch, the harder it is to log. If you're eating ready meals and pre-packed food, it's far easier but far less healthy.

You find yourself asking the question that if it's not accurate, why am I spending this much time on it. To be fair to the Jawbone, no one has solved this food monitoring challenge yet and their system is on a par with others we've seen.

The only activity the Jawbone UP tracks automatically is steps, strengthening the case in defence of the Nike Fuelband which monitors a wider range of movement.

You can manually enter other forms of activity via the app but these are done using rudimentary options such as sport, effort level (easy, moderate, in the zone, gut buster) and duration. Just like a workout, you only get out what you put in and with such generalisations you're only really going to get information that's a rough estimate of your activity.

One of the really nice features of the Jawbone, when it works, is the Idle Alarm. You can set your UP to vibrate if you've been still for a certain period of time. It's a timely reminder to get up and take a walk but it's important to find the right period of time for you. Make it too short and the buzz becomes an irritating nag rather than a motivating nudge.

In our tests we noticed that wristband didn't always detect when you'd been moving around. We found that it still vibrated even when we'd moved during a thirty-minute spell.

The Jawbone UP claims ten days tracking from a single full charge and we found that to be accurate. It's a nice touch that you get a little reminder of how many days juice are left in the wristband each time you sync it with your phone. It's also incredibly quick to charge. In our tests we could load up a day's worth of battery life while we took a shower.

The Jawbone UP is a solid sleep and step tracking device with a well put together app and some really nice touches like the daily tips.

Despite some niggles and areas for improvement it's a strong competitor for the Nike Fuelband and other health tracking devices on the market. If you're a fairly sedentary person who needs a little more motivation to move then this could be the product to get you started on the right path to fitness.

However, if you're already active then the lack of tracking probably means this is slightly redundant, with your chosen sport or fitness activity having far more bearing on your overall health than occasionally being inspired to walk up the stairs instead of using the lift.

Jawbone UP release date: Out now