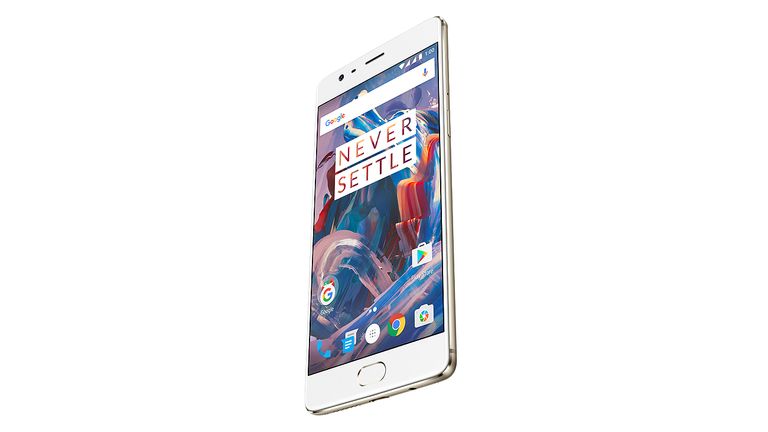 The hotly anticipated OnePlus 3 has just been announced and already, we think it looks like a real winner.

For those unaware, OnePlus has the mantra “Never Settle”. It's a disruptive company, which makes premium spec'd handsets but sells them at a price which undercuts many of its rivals.

Here are seven reasons you should choose it over a Samsung or iPhone when your contract ends.

1. It's no longer plastic

The OnePlus One and OnePlus 2 were made from plastic. There were fine, considering the price, but couldn't match the Samsung or Apple for build quality.

The OnePlus 3 is available in two colours - Graphite and Soft Gold.

2. You don't have to be invited to buy one anymore

Imagine if Apple only sold you an iPhone if you had an invitation from someone who already had an iPhone. The world would go into meltdown.

Originally, OnePlus couldn't match supply to the demand, so they had to make it more difficult to buy a phone.

Now that's not the case, the OnePlus 3 will be on sale a few hours after the event, but if you watched the press conference you'll be able to buy the handset straightaway, before people who didn't.

OnePlus no longer matches flagship smartphones, it destroys them. We imagine that's what the CEO said when planning their next phone.

The OnePlus 3 has a 2.2GHz quad-core Snapdragon 820 processor, 64GB storage with a massive 6GB RAM.

Is that overkill? Quite possibly, but who cares?

The 1080p 5.5-inch screen makes use of Optic AMOLED technology. This promises more vivid and realistic colour representation, and one of the thinnest bezels at 0.75mm.

The OnePlus also gets a brand new ceramic fingerprint sensor, which promises to unlock the device in 0.2 seconds.

The OnePlus 3 runs the company's OxygenOS, a modified version of Android Marshmallow which you can customise to your heart's content.

Sorely missing from the OnePlus 2 - NFC is back, allowing you to make contactless payments until your bank account is empty.

5. Get a day's battery life in 30 minutes with Dash Charge

The phone includes Dash Charge fast-charging technology. This means the OnePlus 3 can replenish 60-percent of the 3,000 mAh battery in 30 minutes. That's massively useful.

6. It finally has a great camera

Well, exactly how great is yet to be seen, but it's certainly a step up from previous OnePlus phones.

The OnePlus 3 features a 16MP rear facing camera which has been tuned for better low light snaps, with both optical and electronic image stabilisation to help reduce blur in images.

The rear camera can record 4K videos, and even includes manual controls and RAW image support for the more creative-types out there.

That's incredibly cheap considering, in numbers at least, the OnePlus 3 is the best spec'd smartphone out there.

What are your thoughts on the OnePlus? Let us know in the comments.